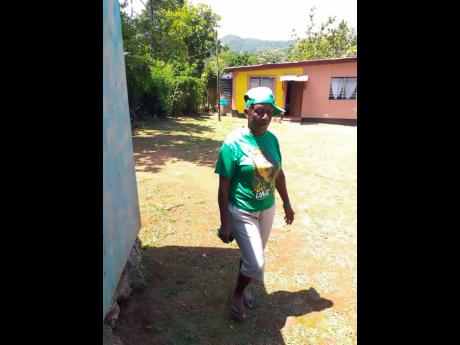 Even though four decades have passed, Joy Nelson remembers the Jamaica Labour Party’s victory in the 1980 general election like it was yesterday.

Nelson, 59, has worked in various roles, including as runner and outdoor agent in East Portland.

But even before the 1980 victory, when the JLP’s Anthony Abrahams defeated the incumbent, Keith Rhodd, of the People’s National Party (PNP), in a national landslide, Nelson’s passion for politics blossomed as a teen during the period when Gerald Tucker was councillor for the Long Bay area (now the Manchioneal division).

“I am now an indoor agent who has been working for the JLP since 1974 as a student,” Nelson proudly told The Gleaner.

“I just fell in love with the JLP, which was like a family tradition, while attending primary school. In the 1970s, the roads were rocky and rugged and I had to walk far distances to get to our supporters. After I left school, I took up active politics and started working for my party full time, and by 1980, victory was on the horizon. I even pretended to be sick while attending nursing school in 1979 just to work for my party,” she added.

Nelson recounted that almost a year before the parliamentary elections of 1980, she would spend days on the road, away from home, ramping up support for her party.

“It was sweet victory in 1980, and we partied all night. It was the first time we were winning in East Portland since 1962, and it was pure celebration. The sleepless nights, long walks to conduct house-to-house visits, spot meetings, motorcades, and canvassing had finally paid off. Yes, there were some dark periods when we would come under attack from supporters of the People’s National Party, who threw stones at us many times, but it was worth it as victory was sweet,” she added.

The JLP indoor agent, who spoke at length about having an excellent relationship with her rival Comrades, pointed out that the key to winning an election is staying focused and ensuring that diehard supporters turn out early and in strong numbers.

“I still do house-to-house visits, although the level of hostility is quite alarming now. But I have never entered into any quarrel with either side (my people or the PNP) as I believe in the Bible verse that says ‘a soft answer turneth away wrath’,” she said.

Nelson, who hails from the farming community of Commodore in the JLP stronghold division of Fairy Hill, also said that she is hoping that the friendly rivalry and good relations will continue no matter who wins.