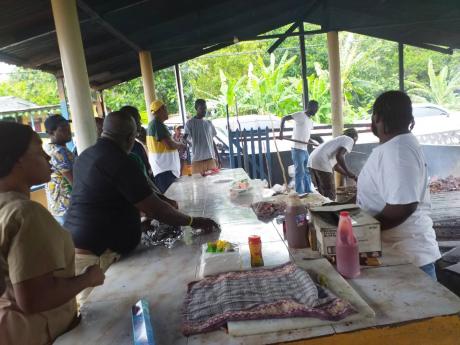 Photo by Gareth Davis Sr
Vendors in the Boston area saw an increase in sales yesterday as a result of the Eastern Portland by-election. 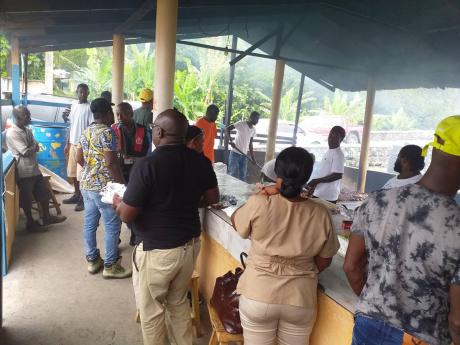 Photo by Gareth Davis Sr
Vendors in the Boston area saw an increase in sales yesterday as a result of the Easter Portland by-election.
1
2

Labourites and Comrades descended on Boston, the home of jerk, in droves yesterday as the high-stakes East Portland battle came to a climax.

“If I can live like this every day, all right,” one jerk vendor, who gave his name only as ‘Dandi’, told The Gleaner.

He added: “Bwoy, I wish dem woulda call a by-election every month in East Portland ‘cause mi woulda rich before the year end. Every stall make money today, and mi mean crazy money. And the vibe was good among PNP (People’s National Party) and JLP (Jamaica Labour Party (JLP). Di amount a pork and jerked chicken weh sell, we even run out a jerked meat.”

When The Gleaner arrived in Boston, it was a party-like ­atmosphere as several sports utility vehicles were just driving out from the jerk ­centre, with jubilant persons clad in green and also orange, the ­traditional colours of the JLP and PNP, respectively.

Tourists were also seen enjoying the atmosphere as they sampled authentic Jamaican dishes.

One bar operator, who had his SUV full to capacity with alcoholic beverages, told The Gleaner that his establishment ran low on stock and he had to hurry into Port Antonio to make additional purchases in anticipation of a continued steady flow of customers.

Business operators have been enjoying a windfall due to the increased buzz of activities since the by-election was announced in February. Operators of supermarkets, bars, corner shops, nightclubs, and restaurants have reported a massive boom in business, especially in the last three weeks of the political campaign.