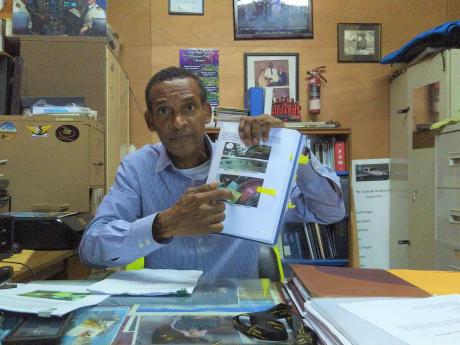 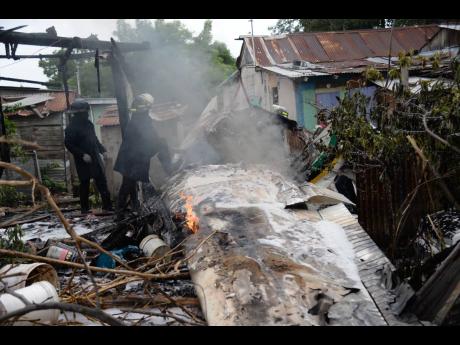 File
Fire still burning on a plane which crashed in Greenwich Town on Thursday, November 10, 2016. The crash claimed the lives of two student pilots and their flight instructor. 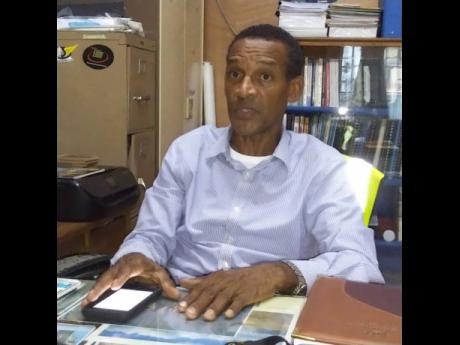 The Caribbean Aviation Training Centre is challenging some of the conclusions of the Jamaica Civil Aviation Authority (JCAA) report on the November 2016 crash of a small plane from its flight school, saying the findings were based on false information.

Captain Errol Stewart made the claim in an exclusive interview with The Gleaner a week after the publication of the crash report.

The report concluded, among other things, that wrong and malfunctioning parts were fitted to the engine of the ill-fated Cessna aircraft, that there were gaps in the records of the flight school, and that a work order for an engine overhaul was forged.

But Stewart has vehemently denied some of the conclusions, adding that the JCAA was conflicted, since it was effectively investigating itself, given its overall responsibility for flight operations in Jamaica.

To compound the problem, Stewart has produced an eight-page rebuttal he said was submitted to the JCAA Director General Nari Williams-Singh and copied to Transport Minister Robert Montague from October last year in which some of the conclusions in the report were challenged.

However, he said his rebuttal was never included in the final report, nor were his concerns acknowledged.

Attempts to reach Williams-Singh last evening were not successful.

However, a spokesperson for the transport ministry said Montague was ill but had instructed the JCAA to deal with the matter.

Based on the JCAA crash report, the tragedy was bound to happen since a tooth was missing from the ring gear of the engine, which caused the small plane to lose power. But Stewart said the ring gear pictured in the report did not belong to his crashed Cessna.

He showed a photograph of a dislodged ring gear painted gray, which he said was removed from the crash site in November 2016 with the permission of the Cessna accident investigator, who said the part would not have been needed for further inspection.

The faulty ring gear pictured in the report is painted red.

“It suggests falsification of the component that they are referring to,” Stewart insisted.

According to him, after the crash, the ring gear and some of the wreckage were being stored at his Marcus Garvey Drive flight school until several months ago when they were disposed of, a decision Stewart now says he regrets.

He also produced a report from the flight insurance adjuster who assessed the engine after it was inspected by investigators.

The adjuster, MB Aviation Services, said there were no signs of mechanical failure and that operational wear appeared to be normal.

“We could not create a work order for something we don’t have,” he said. “Work orders are not provided to customers, nor are they customarily provided to the owner of the aircraft.”

But given the development, would it be surprising if a criminal investigation were to be launched?

“I have no problem with whatever investigation is coming,” Stewart replied.

“The important thing is: We want the truth out there. My integrity will always remain intact.”

The Jamaica Fire Brigade has also challenged the finding that it was using the wrong type of foam for almost an hour to attempt to put out the blaze on the Cessna after the crash. According to the Brigade, the fire kept re-igniting, possibly because fuel was consistently draining from the crashed aircraft on to the hot wreckage since it takes a longer time for foam to cool an object than water. However, water cannot be used for plane fires. Meanwhile, Stewart said that personally, it has been rough for him since the plane tragedy.

“Not a day pass[es] that those three lives are not on my mind, asking myself, ‘What could I have done differently?’” Stewart told The Gleaner.