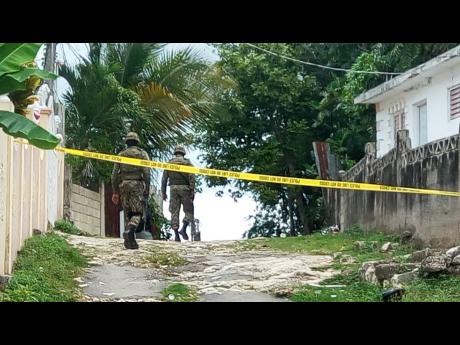 A recent declaration by Winston Lawson, the president of the Montego Bay Chamber of Commerce and Industry, that murders in St James have reached a “distressing level” was confirmed by the latest Jamaica Constabulary Force (JCF) Periodic Crime Statistics Review, which has revealed a 82 per cent increase in murders in the parish since the start of the year.

Despite the uptick in St James, the statistics, which cover January 1 to April 6, point to a 7.5 per cent decline in murders islandwide, with 359 persons reportedly killed this year compared to 388 for the similar period in 2018.

Last year, St James also got off to a murderous start with 12 persons killed in the first two weeks – a carry-over from the record 338 homicides in 2017. However, following the imposition of a year-long state of emergency in late January, murder for the first quarter was contained at 23, almost half of this year’s 42.

Despite this year’s dramatic increase, the police are confident that based on their data-driven strategies, along with the support network they built in several volatile communities during the SOE and the resources at their disposal, the conditions are no longer ripe for criminals to operate with impunity.

“It is going to take some time to arrest the situation, but as you can see, we have been having a fair amount of success,” a senior operations officer told The Gleaner yesterday. “We see the criminals are trying to recapture spaces that they were driven out of, but that is not going to happen. There is an old saying that when plantain waa fi dead, it shoot.”

According to the crime fighter, residents should take comfort in the fact that in recent weeks, two of the parish’s most feared gangsters, Amoy ‘Pinky’ Young, the leader of the Granville-based MS13 Gang, and Keyon ‘Skatta’ Wellington, the leader of the Dean’s Lane Gang, were killed in intelligence-driven police operations in the parish. He also noted that 35 illegal firearms, inclusive of several rifles, have been seized from criminals since the start of the year.

“These crimes are being committed by gangs who have resources. They have money, they have guns, and they have transport. We now have to find ways to separate them from the communities if we want to stop the killing,” said Chang, who is also the member of parliament for North West St James. “We are looking at a number of options and we will get on top of it.”

Neighbouring Westmoreland, which has been mirroring the crime situation in St James in many respects, has seen murder trending down slightly, with 35 murders in the first quarter against the 40 over the comparative period last year. However, the parish has had a 400 per cent increase in robberies since the start of the year.

“The situation is not good,” said Westmoreland custos, the Reverend Hartley Perrin. “Right now, we are looking at relaunching the Westmoreland Chamber of Commerce so as to create a recognised platform to draw attention to the crime situation and help spearhead measures to address the situation.”

Hanover and Trelawny, which round out the four parishes in the police’s Area One region, have not registered declines. Hanover has recorded 11 murders since the start of the year, which is the same as the comparable period last year, while Trelawny has increased last year’s 10 murders to 11.