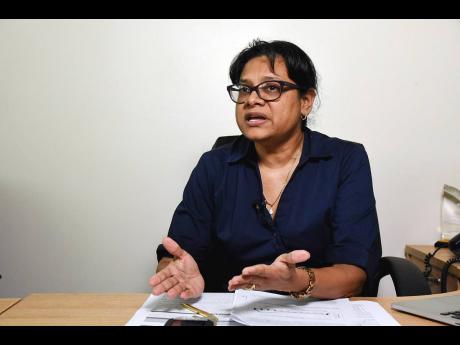 Following Sunday Gleaner stories, which revealed challenges in getting the influenza vaccine at a number of clinics in the Corporate Area despite a low take-up rate, the Government has directed staff at public health facilities to make the shot available at no cost to all persons requesting it while supplies last.

Chief Medical Officer Dr Jacquiline Bisasor-McKenzie said that the Ministry of Health decided to implement this and other measures after taking note of the poor uptake of the influenza vaccine. At least 18,500 doses of flu vaccine have been dispatched locally since October 2018, but up to recently, only 3,771 doses had been administered in the public sector and 2,636 at private medical facilities. This represents only 35 per cent of the vaccines distributed to be administered.

Five of the 116 people who have tested positive for influenza A (H1N1) in less than four months have died, the ministry has revealed.

“As long as supplies last, all persons who request the vaccine at health centres should be accommodated,” Bisasor-McKenzie said.

The current batch of flu vaccines, of which just over 12,000 are yet to be administered, will expire in October.

Healthcare workers have been asked to actively promote the vaccine in high-risk groups and to offer it in outpatient clinics at hospitals to these groups of individuals, who include children, the elderly, pregnant women, and persons with immuno-compromised conditions such as cancer and diabetes.

“We hope this renewed effort will create more take-up,” the chief medical officer said before reiterating: ”The vaccine is free in our public health facilities.”

Despite the issuing of advisories since last year that Jamaica was on an influenza alert and that free flu shots were available for at-risk persons at public-health facilities, Jamaicans have been slow in taking up this offer.

Checks made by our news team at public-health centres last week also revealed that some of these clinics did not offer the flu vaccine, and some workers were not aware of the advisory.

Bisasor-McKenzie has cautioned, though, that while the vaccine will be more accessible, there are scheduled days for it to be given at the various health centres.

“Persons may call to get information at the health departments,” she said.

The flu vaccine is being offered at private health facilities for $3,700 on average, and patients are charged an additional $3,000 or more to see the doctor.