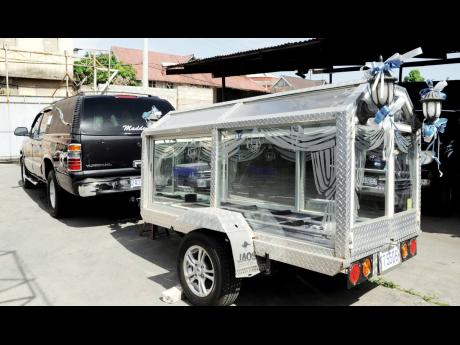 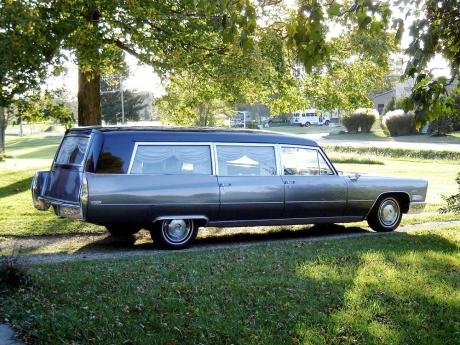 In a bid to cut costs and drive more business, rogue operators in the competitive funeral home industry have resorted to hiring taxis and other unorthodox vehicles to transport bodies. The bizarre practice has raised concerns about the spectre of disease outbreaks with the living sharing space with the dead.

Several funeral directors told The Sunday Gleaner that the industry has become so “cut-throat” that the dignity that should be afforded to the dead is oftentimes disregarded.

“I’ve seen where a funeral home used a pickup truck and put people’s loved one’s body in it to transport,” lamented Michael Archer from Archer’s Funeral Home and Supplies Limited.

“People rent people’s car and take people’s loved one’s body into a rent-a-car to a registered morgue that they want to keep the body, because they don’t have their own facility. That is why they would do this, just to gain the business,” he said.

Manager of R&M Mortuary, Robert Elliott, is concerned that the industry places the health of Jamaicans at risk. Pointing to the outbreak of Ebola in West Africa, which killed more than 11,000 persons between 2014 and 2016, he said regulations are desperately needed.

“We deal with microorganisms, and there are many things that are happening,” he said.

“You can pass on certain diseases to the public. So when people are touching the casket and bending over the casket, you don’t know what they can catch,” he stated.

The phenomenon was one of several concerns raised by Health Minister Dr Christopher Tufton, who stated that promised regulations to enforce best practices in the industry is long overdue.

“I was told that in one case, a funeral director hired a taxi, a public passenger vehicle (PPV), to go and pick up a body. I cannot imagine that that is possible,” he said, while addressing funeral directors at an annual appreciation ceremony held in their honour by Meadowrest Memorial Gardens at The Jamaica Pegasus hotel on Tuesday.

Tufton said he was very concerned about the absence of standards in an industry that is in disarray.

“It comes across almost as a free-for-all, where every and anybody can be a funeral director. [There are] very little rules of engagement and in all of this, there are public-health concerns,” he said.

“In fact, I have heard of stories of outright acts of sabotage if you will,” he noted.

Chief operating officer of House of Tranquility, Joseph Cornwall, said while he has not seen scenarios like the one cited by Tufton, he has heard of cases where PPVs were used to transport bodies.

“There are specialised vehicles that have to be used for the removal, because as you know, vehicles develop a lot of heat from the engine and heat from outside, and a body has to be kept at the optimum temperature,” he said. “So if you have a body that is not getting enough cold air, you run the risk that decomposition could step in.”

He is also aware of cases where funeral operators store bodies in refrigerators instead of mortuary coolers, which has a number of implications.

“It is a temperature situation, because you can’t freeze a body, especially if you are holding it for an autopsy. You have to be able to do the sections and everything,” he said, while explaining that it is harder to detect foul play in death when the organ is frozen.

“Most of the times when things like these happen, the body has to be sent back to the funeral home from whence they came, and sometimes these bodies end up at private funeral homes, but forensic issues might arise,” he said.

Cornwall, who has been in the business for “donkey years”, said the industry has become deathly competitive.

“Most of these people are in the solicitation thing, so they would contact bereaved families by getting information from probably the public hospitals, because public hospitals would have bodies of patients who die,” he said.

“The dignity, respect and professionalism of the thing is on the back burner. It is no longer that integral part of the thing that it ought to be, where the families get time to sit down, choose a funeral home, and then go from there,” Cornwall lamented.

In his greetings to the funeral directors at the appreciation service, general secretary of the United Church of Jamaica and the Cayman Islands, Dr Norbert Stephens, challenged them to do better.