Haughton pledges to bat for youth, ganja in Senate 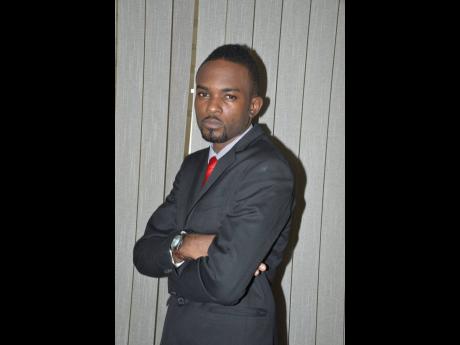 The People’s National Party will have a fresh face in the Upper House at its next meeting as university lecturer Dr Andre Haughton is being ushered in to replace long-time senator Noel Sloley, who has resigned.

Haughton will be joined in the Upper House of Parliament by Damion Crawford, defeated candidate in the recently held Portland Eastern by-election, according to Phillips. However, Gleaner sources say that Crawford has been hesitant about accepting the reappointment to the Senate.

Efforts to contact him yesterday to accertain whether he has accepted the reappointment were unsuccessful.

PNP President Dr Peter Phillips announced the appointments yesterday at a special meeting of the party’s National Executive Council at The University of the West Indies, Mona campus.

Haughton, who was at yesterday’s NEC meeting, told The Gleaner that he was happy for the appointment, underscoring that it was important for “learned people to be part of the decision-making process of the country”.

He promised that with him being in the Senate, more decisions would be made in favour of young people.

“More decisions will be made to broaden the scope and the horizon of where we see the country going, not just for Vision 2030, but even after that,” Haughton, who is the PNP standard-bearer in West Central St James, said, adding that he would stand on his integrity and not be blinkered by party loyalty.

Haughton, who will sit on the opposition benches in Parliament, said he would be lobbying for better treatment of tourism workers, a Technological Enhancement Fund, and for the marijuana industry to play a greater role in the economic development of the country.