‘We’ll hunt you for killing our ‘Abbott and Costello’!’ - Sarge recalls slain district constable as life of the party 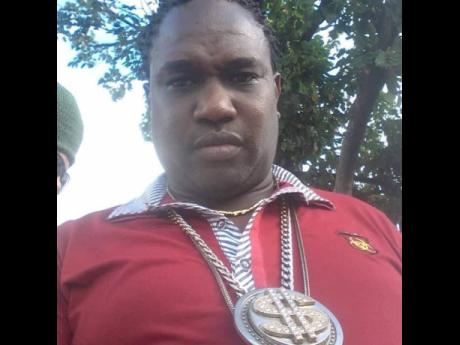 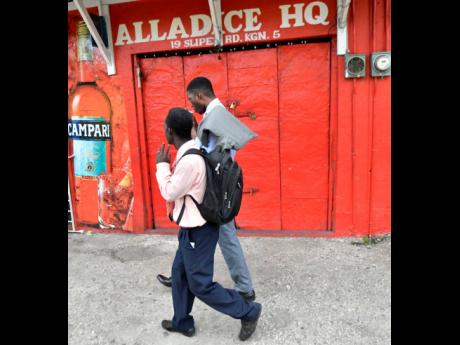 Whoever is responsible for slaying District Constable (DC) Michael Alladice, his superior and colleague, Sergeant Althea Blackstock, has issued this warning regarding her ‘Abbott and Costello’: “We will be hunting you down and you will be brought to justice!”

Alladice, who was also an artiste and entrepreneur, was found dead, slumped over the steering wheel of his Toyota Probox motor car on Windward Road in east Kingston about 1:05 a.m. Sunday, with a gunshot wound to the head. The news plunged the Kingston Central Police Division into sombreness and shock.

Had he not been killed, the DC, whose entertainment name was ‘Sing J Alladice’, would have worked by Blackstock’s side yesterday morning into the afternoon at the Allman Town Police Station.

“He was well loved by the community. Persons from all over have been calling upon hearing the news. He will be greatly missed, along with that smile and Kangol hat he sported,” Blackstock told The Gleaner. “He was warm and sociable. He left so much of an impact, we just have to reflect. You never had a dull moment around him. He was like the comedic duo, Abbott and Costello, all in one. Once you see him, you have to laugh.”

Blackstock recalls how excited he was about his burgeoning entertainment career. “Thursday, he was writing up the log book. The computer was on with a video playing. I asked him what it was and he said, ‘Sergeant, a one thousand likes mi get already on Youtube inuh. Mi soon buss. He and I worked Thursday night. He came off Friday and we were supposed to be working this morning (Sunday morning). It would have been me, him and another officer. If you walk through the door, you would have seen him standing here with his big belly saying, ‘How can the police help you? I am DC Alladice,’” she recalled, breaking out in laughter.

A bartender at an establishment a few chains away from where Alladice operated his own pub at 19 Slipe Road, Kingston, had only good to say about the district constable.

“Everybody love him. Normally he would set up his big sound on Saturdays and put out him table dem,” said the bartender, who gave her name as ‘Deemus’. “Him normally do him steam fish and him nuh have hand fi sell dem. You have good police and dirty police, but him a good police.”