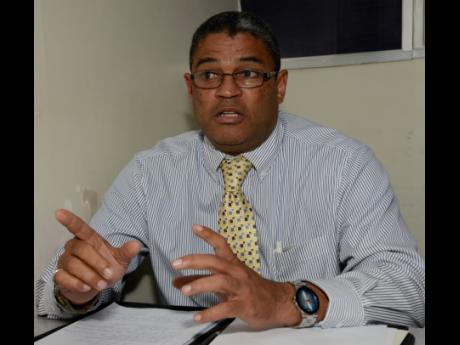 The Water Resources Authority (WRA) has imposed a moratorium on the extraction of water from the Rio Cobre basin to reduce the likelihood of a shortage as plans to get the proposed Bernard Lodge city take shape.

Speaking with The Gleaner yesterday, WRA Managing Director Peter Clarke said concerns about the sustainability of the water supply for the surrounding areas in St Catherine, including Portmore, are understandable. However, the entity has moved to safeguard the commodity and stave off any potential negative impact on the Rio Cobre basin, where the aquifers are already stressed, when the development picks up.

“In the whole Rio Cobre basin, which is from Portmore all the way up to Bog Walk, there is a moratorium on abstraction – no new abstraction, no matter who you are, because we have people at the highest level who have sent in applications and those have been not accepted for the simple reason that what we determined is being abstracted out of that whole basin right now, it is at the limit,” Clarke told The Gleaner.

The Bernard Lodge city will be constructed in an area that supports numerous existing wells for agricultural and domestic purposes, so addressing the water needs in these areas necessitated serious considerations, Clarke told The Gleaner. He explained that there will now be some reallocation of water within the basin from the National Irrigation Commission (NIC) to the National Water Commission NWC.

“If you take any more, then you [are] taking more than the rate of replenishment, so [we are securing water for] the proposed Bernard Lodge development and the planned 17,000 houses ... . So what had to happen was that the Water Commission, which would be responsible for providing the domestic water, had to basically have a trade-off with the National Irrigation Commission,” Clarke said.

“So, of the amount that the NIC was licensed by the WRA to abstract from the Rio Cobre at the headworks of their dam at Angels, St Catherine, the NIC has ceded 17 million gallons of water per day to the NWC. Of this amount, 15 million gallons per day will be used for direct production of water for domestic supply and two million gallons for plant operation. Most of the two million gallons will return to the river after treatment.

“The NWC, by public-private partnership arrangement, will construct, within the next two years, a new water treatment plant at Content, St Catherine, on the banks of the Rio Cobre. So, no additional [new] amount will be abstracted from the Rio Cobre. It simply means that of the amount licensed by the WRA for abstraction at the Angels/Dam Head works, some will be reallocated for domestic purposes. This is all part and parcel of the WRA’s management of water resources through allocation and regulation, as mandated by the Water Resources Act (1995).”

The WRA managing director said that of the overall amount of water being allocated for domestic purposes, approximately 3.5 million gallons will be diverted into Bernard Lodge to meet the domestic/industrial needs of the proposed development.

He added that the NWC would also need to reduce their non-revenue water losses from 60 per cent to 40 per cent in Portmore and the general southeast St Catherine area before pressing for a reduction in Spanish Town.

“The production water thus saved can then further augment the needs of those same service areas,” Clarke said.

In Gleaner column published in April 2018, former WRA Managing Director Basil Fernandez had raised concerns about the availability of a long-term source of water.

“It is possible that the NWC and NIC could lose the wells now in operation. If this water is taken from the Rio Cobre, it would significantly impact the farmers (including aquaculture), which would see a further decline in agriculture, the operations of the NIC and economic growth,” Fernandez declared then.

“It is possible that the irrigation wells now in production and supplying water to farmers could be converted to domestic uses (as was done at Vineyards and Whim), but this would lead to increased abstraction as while irrigation wells are rested during the rainy seasons, domestic wells are run 24/7. In addition, domestic use is 100 per cent consumptive, and there would be no water from the BLC being discharged to recharge the aquifer.

“The Bernard Lodge city would, therefore, lead to increased water demand, a decline in groundwater levels and storage, and the potential for seawater intrusion into the aquifer. There may be other options to maintaining the agricultural water supply, such as use of treated effluent from the Soapberry sewerage plant, but this would require significant funding to improve the effluent quality to make it safe for agricultural use and recharging the aquifer.”

The development will transform the approximately 4,600 acres of cane lands at Bernard Lodge in St Catherine into a brand-new city with a host of social and civic amenities and will take developers 18 years to complete. Full-scale development is expected to begin in the next five years.