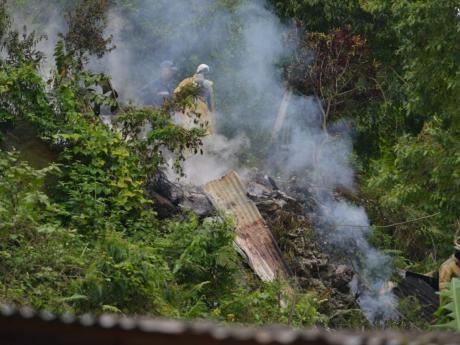 The St Andrew West Rural Member of Parliament, Juliet Cuthbert-Flynn, has condemned the mob attack and killing of 26-year-old Miguel Williams in the community of Sterling Castle.

The man, accused of being involved in the killing of eight-year-old Shantae Skyers, was beaten then burned this afternoon as angry residents sought justice for the murder of the Red Hills Primary School student.

"I'm in disbelief because you never want jungle justice because you don’t know if you’re getting the right person and at this time we don’t know and we can’t take the law into our own hands," Cuthbert-Flynn said.

Two men have been taken into custody in connection with the killing of the child.

But residents this afternoon insisted that Williams was responsible.

One of his relatives reported that Williams suffers from a mental condition.

After Williams was killed, the mobsters also set fire to his house.

The fire was extinguished by firefighters from the Half-Way Tree Police Station.

In the meantime, Cuthbert-Flynn says she will be contacting the National Security Minister Dr Horace Chang about maintaining police presence in the community as residents have threatened further action.

Police on the scene refused to divulge any information on the matter.