Rousseau was an inspiration for many 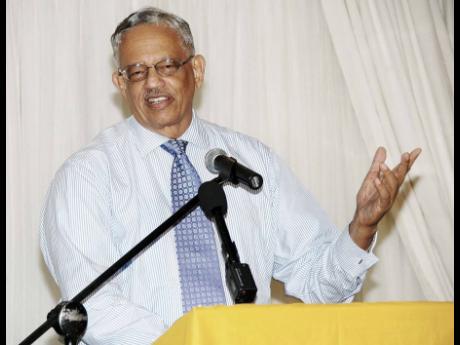 Patrick Rousseau, the Wolmerian who wore many hats during his 85 years, died from a long battle with illness yesterday, leaving behind a rich legacy in sports, law, and business in the Caribbean.

Although some persons believe that bureaucracy on some levels threatens to erase bits and pieces of that legacy, whenever the annals of his work are revisited in time to come, readers will find it hard to overlook his impact, including his work in the bauxite sector.

“His life was an inspiration to many in his field of expertise, and his legacy continues to benefit Jamaica,” Holness said.

In a letter to The Gleaner, former chairman of the Jamaica Bauxite Institute Carlton Davis, said: “Jamaica has lost an outstanding son. His widow, Hester, his sons and his brother, Peter, the relatives I know of, can take some comfort in the usefulness of his life. Bauxite, of course, was not his only interest. Cricket, horse racing, boxing, housing, music, and politics were among those I knew of.”

Among the many positions Rousseau held were managing partner of Myers, Fletcher & Gordon, director of Life of Jamaica (1962-96), chairman of Terra Nova Limited (1970-97), director and chairman of Caribbean Cement Company, and legal officer in the legal department of Kaiser Bauxite Company (1957-60) before turning manager in 1958. He also served as chairman of SportsMax.

Rousseau was awarded the Order of Jamaica in 1976 for distinguished work on behalf of the Jamaican Government in relation to its bauxite industry.

The Republic of Haiti bestowed on him an honour of merit, also for work in relation to bauxite industry.