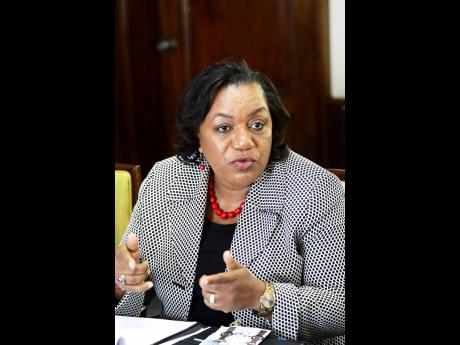 Rosalee Gage-Grey, the chief executive officer of the Child Protection and Family Services Agency (CPFSA), says the welfare of children in state care is improving with a sharp decline in incidents of abuse.

Over the years, numerous reports have surfaced about children in state care facilities suffering physical and sexual abuse. In some instances, the affected children had attempted suicide or injured themselves as they struggled to handle the abuse.

While not providing figures to support her conclusion, Gage-Grey said that the CPFSA has been responding to the abuse with several intervention strategies to mitigate and eradicate the scourge.

“We have engaged in terms of training of our caregivers, providing additional support through our social workers; working with those facilities where we had difficulties,” said Gage-Grey. “We are not seeing an increase. Most likely, we are seeing a reduction in the numbers. I don’t have the specific numbers right now, but we are seeing [a] general [downward trend] across the board.”

“What we have also done is to work with the children. We have Students’ Councils within those schools (state care facilities) that are enabling the children to self-report if something happens,” said the CPFSA executive. “So when the monitors or the social workers go in, they can relate to them and talk to them about what has been happening to them there.

“So, we are providing more general support for the homes so that they are able to treat with the children who come to them or who we placed with them,” said Gage-Grey.