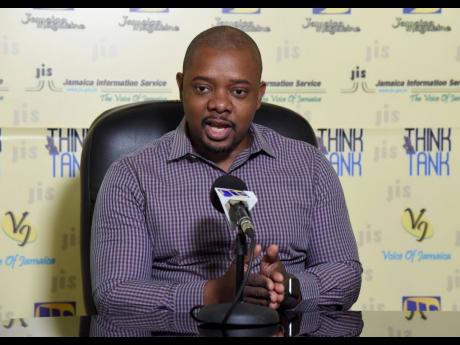 President of the Jamaica Animation Nation Network (JANN) Kevin Jackson says the future is looking bright for the animation sector, owing to the increased demand for local professionals in the field, exposure to international markets, and initiatives being undertaken to develop the creative economy.

Speaking with JIS News, Jackson noted that participation at various workshops and festivals overseas has provided the opportunity for persons to network, showcase their work and gain vital information on trends and career possibilities in the industry.

He added that animators have participated in the Animae Caribe Animation and Digital Media Festival in Trinidad and Tobago, which is the Caribbean’s biggest and most prestigious animation festival, providing a platform for the development of animators as well as the exposure of animation as a viable business.

The festival attracts top animators from studios such as Dreamworks, Aardman, Pixar, Cartoon Network and Nickelodeon to present and host workshops for potential, novice and professional animators, while providing an outlet for innovative practitioners in the Caribbean to develop, expand and showcase their talents to a wider local and international audience.

Jackson informed that local animators have also attended MIPCOM, an annual trade show in Cannes, France, which brings together the world’s top TV and digital content executives for four days of meetings, screenings and conferences.

Groups have also participated in Kidscreen Summit in Miami, Florida, and plans are now being finalised for a delegation to attend the Annecy International Animation Film Festival, France, in June.

“By going to markets such as Kidscreen and MIPCOM, we realised that everyone knows Jamaica and wants to work with Jamaica, and people want to see what is coming out of Jamaica. There are persons who want to work with us on both fronts, in terms of helping us to produce our own content as well as providing us with outsource work,” the president said.

He noted that exposure to international markets has allowed persons to see and value their work, resulting in a huge interest in Caribbean content.

“We were approached by distributors who wanted to know if we have content because they are looking for more diverse, cultural content, which is very good for us because it means that we get to retain some authenticity,” Jackson highlighted.

On the matter of talent development programmes, Jackson lauded the efforts of Jamaica Promotions Corporation (JAMPRO) and the Youth Employment in Digital and Animated Industries (YEDAI) programme, in facilitating various initiatives to boost the creative sector.

JAMPRO, in partnership with the Office of the Prime Minister, has been spearheading the Business of Sustainability for Studios (BOSS) programme, an enterprise-building thrust that forms part of the YEDAI programme.

The BOSS programme aims to groom 20 existing animation production studio executives to grow their businesses into sustainable and profitable production and animation entities; support the development of the local animation industry; and, ultimately, transform the landscape in Jamaica to encourage greater local direct investment in the creative economy.