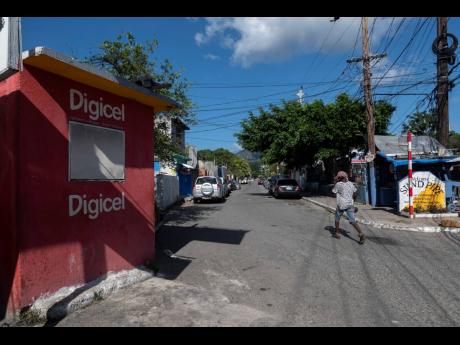 Gladstone Taylor/Multimedia Photo Editor
The entrance to the Cedar Valley community, more popularly known as Standpipe, in St Andrew, where 29-year-old shopkeeper Junior Brown was shot and killed Thursday evening after closing his shop (pictured at left). He was among two individuals murdered in the area in two separate incidents on Thursday. Three others were injured. 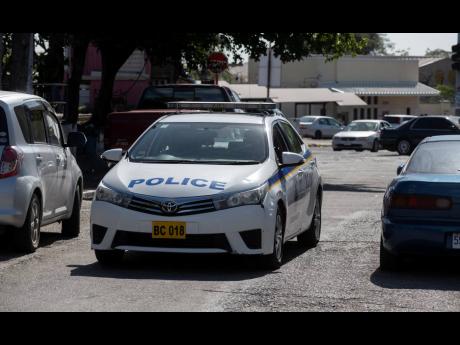 The increased police patrols in the Cedar Valley and Barbican Road communities of St Andrew in the wake of the killing of two men and shooting of three other persons Thursday evening have seemingly failed to assuage the fear that has now gripped the area. Many residents believe the relative calm prevailing in the once-troubled area has been shattered.

The silence in the Cedar Valley community was deafening yesterday and the streets were almost devoid of activity with very few residents seen going about their business.

“From morning I am on the road and I walk around and everybody inside dem house all locked up, so it looks like a ghost town to me,” said Heather Campbell, a resident of Cedar Valley.

Approximately 45 minutes before Brown was killed, 23-year-old Romaine Minott, also known as ‘Baggage’, of Old Hope Road, and another man were shot by two men while standing along Barbican Road, less than 300 metres from where the second incident occurred. It is not known if both incidents are connected.

Brown, who operated a small shop at 26 Cedar Valley Road, received support from scores of persons who visit the nearby United States Embassy to do business. He has been described by neighbours as a “loving and caring person”.

Campbell, who works with the National Solid Waste Management Authority, says she is fearful to leave her house early in the morning as a result of the flare-up of violence.

She told The Gleaner that when shots rang out in Cedar Valley on Thursday many residents had to scamper for cover and retreat to their homes.

Reports are that about 7:45 p.m., Minott was standing along Barbican Road with a group of men when a motor car drove up with armed men aboard. Two men alighted from the vehicle and opened fire, hitting Minott and another male. The police were summoned and the men were taken to hospital where Minott was pronounced dead and the other man admitted in stable condition.

Shortly after about 8:30 p.m., another group of persons were standing along Cedar Valley Road, when they were approached by a lone gunman, who opened fire, hitting three of the men before escaping in a waiting motor car. The police were summoned and the men were taken to hospital, where Brown was pronounced dead and the other two men were admitted in stable condition.

The Matilda’s Corner police have commenced a probe into the shootings and are appealing to residents who may have information that can assist in the investigations to contact them at 876-978-6003, police 119 emergency number, or the nearest police station.