No free-for-all for cemeteries – water expert 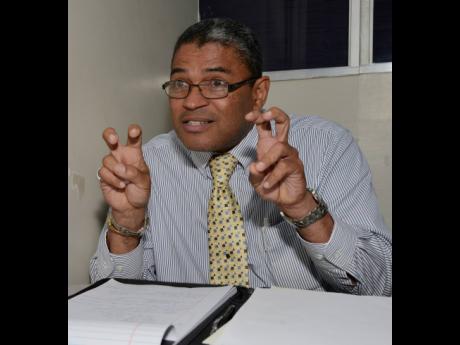 One of Jamaica’s leading groundwater experts is seeking to assure residents terrified about the public-health dangers of proposed cemeteries that all sites undergo rigorous inspections and analyses before the green light is given.

The country’s declining burial stock has for years drawn the interest of municipal corporations and the Ministry of Local Government and Community Development, more broadly, and applications for new or expanded sites have been vigorously rejected by residents on the grounds of real estate devaluation, as well as fears of water table contamination.

Peter Clarke, managing director of the Water Resources Authority, says his organisation vets all applications for cemeteries for the suitability of that site for burials.

“The obvious reasons are that you don’t want to impact on any water resources, so we may say we have no objections or we will object on particular grounds, and whenever we have an objection, we give a clear outline of what is the basis of the objection and what justifies it,” said Clarke.

The site location suitability criteria include guidelines such as cemeteries being should be 500m away from caves and production wells, and should be at least 250m away from springs, dams, rivers and gullies.

“For a cemetery, we wouldn’t want it on very steep slopes. We identified on our map two classes of suitable areas – this is in terms of steepness. The area in orange is saying that the slope is greater than or equal to two per cent, and in class two, the slope is not considered,” said Clarke.

“Every application should come to us, but we are not on the receival side of application. We are confident in the systems.