‘Time for a change’ - In cremation pitch, NEPA urges against burning money on fancy funerals 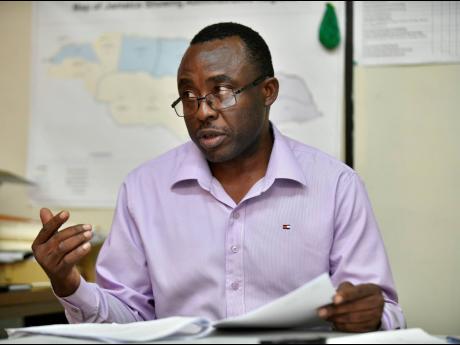 Religious and cultural beliefs are cited as the main barriers to the majority of Jamaicans cremating their dead, even as cemeteries pile up with bodies and the burial inventory hurtles towards saturation point.

Data from the National Environment and Planning Agency (NEPA) indicate that 92.3 per cent of bodies are buried in this country, while the remaining 7.7 per cent are cremated.

“Ethno-religious perpectives of most persons, as you know, [hold sway]. We are a Christian country, and looking at a country like Israel, they are in the same position as Jamaica and they were trying to move away, but virtually no cremation happens in Israel.

“So what they did, they had some automated burial options like what they call the multi-tier vertical burial system, so you still use like what the Bible says in Genesis, ‘ashes to ashes, dust to dust’,” research officer at NEPA, Eromonsele Akhidenor, told The Sunday Gleaner.

Akhidenor said that based on projections, Jamaica is destined to run out of cemetery space if it maintains its appetite for burials.

“Jamaica is presently in the third stage of the demographic transition, which means that we are having more aged people in Jamaica, so when you project 10 years, you could have more deaths.

“One of the things about cemeteries is that it is a permanent land use, so when you bury somebody there, it remains on the land for years,” said Akhidenor.

Traditionally considered taboo, Akhidenor said China has also had to turn to cremation when authorities there discovered that they would need land space as big as Singapore in 10 years to bury their dead.

“The government in China took up the initiative to encourage persons to cremate, so what they did was to incentivise cremation, so they made ground burials more expensive and made cremation cheaper, said Akhidenor.

Cremations may seem expensive to some, but director of the Spatial Planning Division at NEPA, Leonard Francis, says there can be significant savings made by skipping traditional events.

“With cremation, you don’t have the whole heap o’ nine-night, the whole lot of food and all that. The next thing is, you don’t pay for the expensive coffin and material to make the grave and again to feed people. When you look at the overall cost, it’s cheaper,” Francis said.

“We are going to be seeing the price going down, because as more and more people enter into it, the competition will drive it down and you have much better technologies now. We just recently approved an application just about a month ago for a crematorium down in St Elizabeth.”

“There are several persons in funeral homes right now for months and years to be buried, because people don’t have the money and they are actually putting themselves into poverty to actually bury somebody. Can you imagine somebody who is dead weighing you down? Like an albatross around your neck?” said Francis.

NEPA has plans in the pipeline to roll out a public education programme to change perceptions on cremations.

“Tell me somewhere in Jamaica where you have a massive piece of land now that you can really use for a cemetery. You can’t use Blue Mountains, ... various wetlands, forested areas, good agricultural lands, you just don’t have enough land far away from residences. We just don’t have it.

“We are going to be putting a process in train to try and change people’s perception. This is the next step, and then we are going to ask the Government to use economic and other instruments to encourage the other approaches that are there. It’s time for a change,” said Francis.