Sir Alister remembered as a titan of post-independence Caribbean 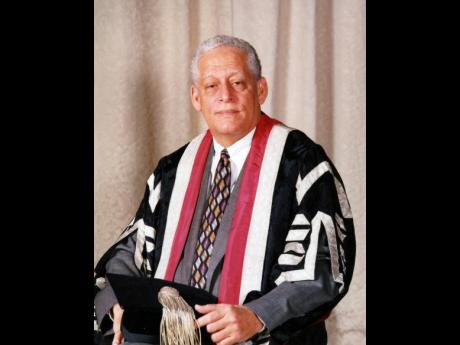 Tributes poured in from across the Caribbean for Sir Alister McIntyre, former secretary general of the Caribbean Community (CARICOM), whose work with the regional institution was recognised and honoured by Jamaica with the Order of Merit, the country’s third highest honour.

Current and former leaders around the Caribbean, from Jamaica’s Andrew Holness to Barbados’ Mia Mottley, remembered his charisma, commitment to regional integration, and diplomatic adroitness.

Holness, in responding to the sad news of Sir Alister’s passing, reflected on his significant contributions to the integration movement and the field of developmental economics. “As former secretary general of CARICOM between 1974-1977, he spearheaded the movement towards integration. This, along with his tremendous contribution to academic discussions on the economic development of the region as well as economic integration between states, placed him as a foremost actor in our evolution as Caribbean people”.

He said that the Caribbean has lost one of the more credible repositories of its post-independence history. ”His experience at the forefront of the post-independence movement and as an intellectual voice in the creation of the modern Caribbean economic and political identity, gave him a breadth of knowledge and experience that has benefited generations of Caribbean leaders and thinkers.”

Opposition Leader Dr Peter Phillips called Sir Alister a giant of Caribbean scholarship and a champion of the regional movement.

Reacting to the news of his death, former prime minister, P.J. Patterson, said Sir Alister was an intellectual giant and lauded him for helping the regional bloc to transition from a free trade association into the institution now known as the CARICOM.

“His mastery of the complex technical issues pertaining to trade, finance, and the development agenda provided the backbone for the ACP throughout the Lomé negotiations,” Patterson underscored in a statement yesterday.

“I feel a very special sense of loss at the sudden departure of a highly revered colleague whose astute advice and generous support were always available within a close and lasting friendship,” added Patterson, who served as prime minister from 1992 to 2006.

In 1974, Sir Alister was appointed secretary general of CARICOM. He was vice-chancellor emeritus of The University of the West Indies at the time of his passing.

The well-known academic was born in Grenada. He studied at the London School of Economics and Political Science and graduated with first-class honours. He then lectured in economics at the Mona Campus in Jamaica, which now has a building named in his honour.

Barbados Prime Minister Mia Mottley said the regional giant would be remembered fondly as one of the titans of the post-independent Caribbean.

“The region and the wider hemisphere benefited immensely from the depth of thought and analysis that this former economics lecturer, director of the Institute of Social and Economic Studies of the UWI (since renamed in honour of Sir Arthur Lewis), secretary general of CARICOM, deputy secretary general of UNCTAD, and assistant secretary general in the Office of the Director General for International Economic Cooperation at the United Nations, brought to the affairs of the people of the Caribbean and the world,” Mottley stated.

And fellow academic and friend of Sir Alister, Don Robotham, said he was ill, but it was concealed by his humour and fortitude.

“Many saw Alister only as a skilful, clever, eminent personality – the epitome of the sophisticated Caribbean brown man. Yes, but he was a lot more,” Robotham stated.