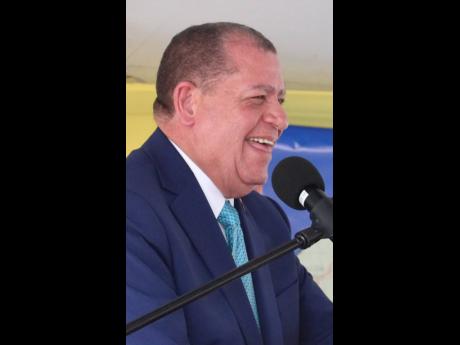 Minister of Industry, Commerce, Agriculture and Fisheries Audley Shaw is urging farmers to grow more pumpkins as he has found a market for the produce.

Addressing the 2019 staging of the St Mary Agri-Expo at Gray’s Inn Sports Complex in Annotto Bay yesterday, Shaw told farmers: “All the pumpkin you can produce, you produce it. You hear me? I have an exporter in Manchester. I got a call from up in Clarendon – ‘Mr Shaw, we cyaa sell wi pumpkin’ – within one week, all the pumpkin dem have di man tek it off an’ ask mi if that’s all him can get. Him get ‘bout three trailer load a pumpkin. He has told me that he has a market overseas for 12 containers of pumpkin per month in Jamaica. Unnuh plant unnuh pumpkin! Plant yuh pumpkin. I have the market for it.”

Shaw said the plan was to sell as much fresh pumpkin locally and overseas, then process the remainder.

The minister also named five markets that he is aiming to develop that will enable farmers to sell their produce more readily – hotels, which he said would have to be targeted in a more systematic way; CARICOM; the Jamaican diaspora in the United States, Canada and England; the exotic market; and a school-feeding programme, which he has promised to speak on in Parliament today.