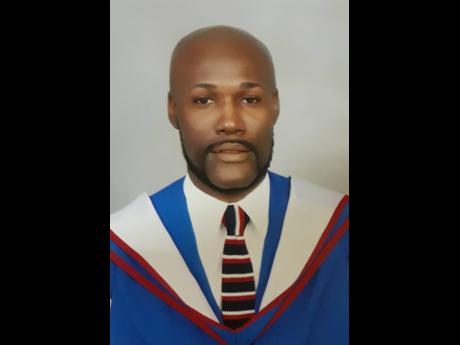 Hopes of finding missing St Joseph’s Teachers’ College lecturer Samuel Martin were dashed yesterday when a five-day search ended in the gruesome discovery of his body in Clarendon.

Martin, who had gone to Mandeville in Manchester after picking up a niece at the Norman Manley International Airport in Kingston on Good Friday, reportedly left the central Jamaica town at 3 p.m., heading back to his Waterloo Close home in Kingston 10. His whereabouts thereafter remained uncertain.

Martin’s body was found yesterday morning in Juno Gully – an area located between Juno Crescent and Farm in Clarendon – roughly 300 metres from where his car was found last Friday.

His adoptive father, the Reverend Raymond Coke, told The Gleaner on Tuesday that alarm bells were triggered when Martin didn’t visit his house on Saturday as he usually does. When news spread of a panic alert being sent from his vehicle in the Juno Crescent area and that the vehicle was recovered without any clues as to what had happened to Martin, friends, colleagues, and relatives began sending up prayers, hoping for good news.

As their worst fears were realised yesterday, the St Joseph’s Teachers’ College family began to mourn.

“It is just so very sad that this has happened. It has shaken the college community from we heard it,” Sister Dr Gwendolyn Melhado, principal of the college, told The Gleaner yesterday.

“He went missing during the Easter weekend. and so when we returned to work on Tuesday, we had a candlelight vigil, praying that wherever he was that he would return safely. Hearing that he is actually dead is a very sad and heart-rending occasion for us.”

Melhado explained that Martin started working at the institution in January and was integrating nicely, becoming one of the key lecturers within the language department.

“He was cooperative. He made himself available to participate in the activities of the college. I remember his role in a staff production, where he played the role of Jasper as an older man. He actually shared himself in terms of bringing concerns to my attention. For example, he came to me when we built an additional parking lot and he pointed out to me that, ‘Sister, one part of the parking lot has a depression’.”

Tamara Innerarity, quality assurance officer for the college, who worked closely with Martin, reflected on him as a man of integrity.

“As the quality officer, I will miss him because I found a personality with tenacity to stand up for standards,” she said.

“That is what hurts! He wanted to contribute to nation building, and here at St Joseph’s, as a teacher-training institution, we are about that. It is a sad day for Jamaica that this is the end of a promising young man who gave his life to lift others. I found Mr Martin to be a passionate individual with integrity and one who takes initiative. You never had to follow him up after giving him instructions. ... He was very open to bringing substantial things to the table. He was very passionate about the college moving forward and [ensuring] high standards here.”

Martin’s death also triggered an outpouring of grief from several former students and fellow members of the Webster Memorial United Church in St Andrew, where he worshipped.

“I don’t know what to say in circumstances like this. It feels so surreal to learn that someone who you have known over 15 years has been murdered,” church member Derace Carty told The Gleaner yesterday. “My prayers go out to his parents and family. Only God knows what they must be going through right now. Although reserved, Sammy was dedicated to the things he was passionate about, valuing his family and friendships. His untimely death is terrifying, and I pray those responsible will be brought to justice and held accountable for their actions.”

“Within 15 minutes of the search in the bushes of Juno Gully, a body appearing to be a male lying on his abdomen was found,” Bernard said

The body was in an advanced state of decomposition with hands and feet bound. It is also understood that the body had been doused with gasolene, which masked the scent of the corpse.

Bernard also appealed to citizens to share information that could help with the probe.

“We know a little. We know about 15 per cent, but if we get the remaining 85 per cent, we will have a closure to this,” he said.

In an interview with RJR 94 FM’s Hotline host Emily Shields, Senior Superintendent Vendolyn Cameron Powell, commanding officer for the Clarendon police division, said that investigators had collected several statements and would go all out to find the attackers.

“A lot of persons saw what happened. They knew what happened, and they hid the information … . People had information from Saturday, which would have helped us. And this is the sad part of how cold our citizens have become,” she said.