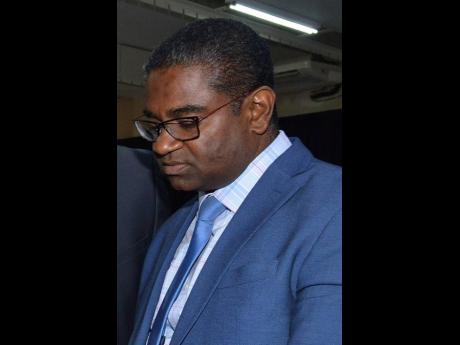 Several players in Jamaica’s underworld, with assistance from unscrupulous medical practitioners, are now raking in millions of dollars from the sale of counterfeit pharmaceuticals, an emerging frontier that can have deadly consequences for the public, a senior police investigator has revealed.

Viagra, Cialis, saline solution, and a stomach medication sold on the local black market as an abortion pill are just a few of the pharmaceuticals being counterfeited by criminal networks.

But even as local law-enforcement agencies seek to understand the breadth of the scheme, Assistant Superintendent of Police Victor Barrett, head of the intellectual property unit in the Counter-Terrorism and Organised Crime (C-TOC) division, signalled that the police are ready to take down one network.

“I can speak boldly. In short order, you will hear about an operation. We will be conducting a sting operation where we identify an individual who is working with a medical practitioner,” Barrett told The Gleaner.

“We are going to take them on,” he insisted.

Barrett acknowledged that the Jamaican police are still piecing together information about the major players but said that reports so far indicate that there are networks operating in the Corporate Area and Clarendon.

According to the senior investigator, cereal boxes are just one of the methods used to get the counterfeit tablets into the island.

“You come through the airport with your knapsack. Customs knows you, everyone knows you as a law-abiding citizen and you go to the ‘nothing to declare’ line. When you go through, you have your cereal box sealed up, and they think it’s cornflakes, and then you come through the port with a thousand tablets,” he said.

“That’s how they get the tablets in the street,” Barrett said.

Some players, he said, opt to utilise technology by creating websites to peddle their counterfeit pharmaceuticals.

“So a man can stay in America or anywhere in Jamaica and do online trading in pharmaceuticals,” Barrett said.

“So you can go and buy the medication, and they can deliver it to you. They use the same systems that you use to deliver legitimate goods to deliver the counterfeit medication. The same courier service that comes through the ports,” he explained.

However, he said that investigations conducted by his unit have revealed that the top drug companies in the United States do not sell their products on the Internet.

Dr Ernestine Watson, president of the Pharmaceutical Society of Jamaica (PSJ), told The Gleaner that the association was not aware of any pharmacist being involved in the sale of illegal or counterfeit medication and made it clear that this type of behaviour would not be condoned.

She noted also that the PSJ has been very strident about the illegal and unauthorised dispensing of medication “because we see it as an opportunity for the counterfeit trade to flourish”.

Watson said the PSJ recently raised concerns in the public about the dispensing of medication from some doctors’ offices. “Not by the doctors, but by the receptionists,” she charged.

“How do we know? We see the medications that the patients bring to us and they would say they got it from this doctor’s office. It was handed to them and they don’t know how to use them,” Watson said, adding that “we cannot guarantee where those medications are coming from”.

Yesterday, C-TOC said it destroyed more than $2.6 billion worth of counterfeit goods that were seized between 2012 and 2018.

The JCA revealed that it had disposed of nearly $6 billion worth of accumulated counterfeit goods at its warehouses in recent years.

OTHER ITEMS SEIZED AND STACKED IN CONTAINERS