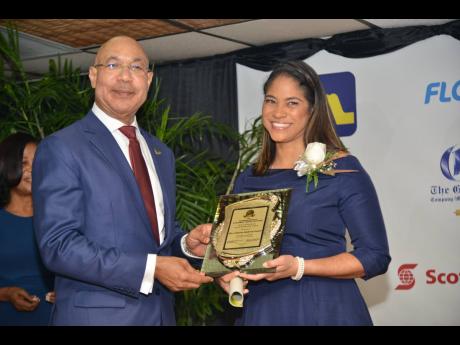 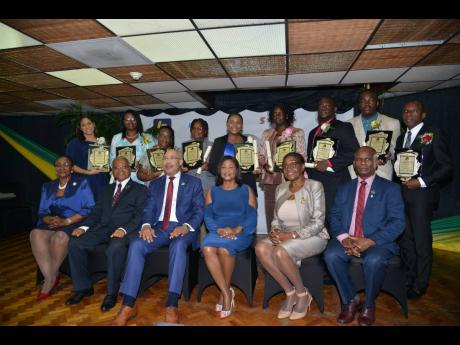 The formal atmosphere at the 2019 Governor General’s Achievement Awards (GGAA) perked up on Thursday when Sir Patrick Allen referenced new reggae sensation Koffee as an inspiration for residents and staff of King’s House as he gave remarks at the first of three county award ceremonies at the Jamaica Conference Centre in downtown Kingston.

Sir Patrick was acknowledging sponsors, individuals, and organisations that had contributed to the annual event, now in its 29th year, when he made reference to the hit single Toast, catching the audience off guard.

“The young, up-and-coming female reggae artiste Koffee singing about the blessing on her life, she thanks God for her journeys and her earnings and concludes that gratitude is a must,” the governor general started. “I’ll try to see if I can repeat a part of it,” he continued, triggering a burst of laughter in the room.

And while his standard English did not quite match Koffee’s delivery style, the governor general’s enunciation of her lyrics was as impressive as it was surprising.

‘Blessings all pon mi life and,

Mi thank God for the journey,

The earnings are just fi di plus

Gratitude is a must (yeah)

“That says so much about what the GGAA is about. Thank you, Koffee,” he commented.

The governor general then went on to offer some insight into the extent to which the 19-year-old sensation, whose real name is Mikayla Simpson, has impacted operations at King’s House.

“This afternoon, ladies and gentlemen, gratitude is a must, so we hashtag for 2019 #SeasonOfGratitude. #Peddlersofhope was what we had for last year, and for this year, we are going through a season of gratitude because the next two months will be when we recognise the unsung heroes and scholars and pay tribute to them.”

Nine persons were recognised for outstanding academic achievements and the impact of their volunteerism on improving the quality of life for less fortunate persons.