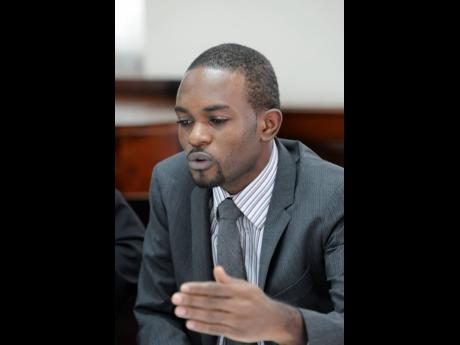 “Let me say this with all sincerity: We need more people in politics like you with that passion, that belief without compromise in terms of what is right for this country,” Wehby, a respected private sector leader, said as Crawford returned to the Upper House.

It was one of many compliments bestowed on Crawford and first-time senator Dr Andre Haughton after they were sworn in yesterday.

Crawford, who had resigned from the Senate to contest the East Portland by-election held earlier last month, was defeated at the polls and returned to the Upper House by Opposition Leader Dr Peter Phillips. Haughton was also appointed to replace Senator Noel Sloley, who recently resigned.

Wehby said he was certain that Crawford has more to contribute to nation building.

“And I say that with all sincerity,” he insisted.

Haughton, in his maiden speech in the Senate, promised to be a voice for residents in inner-city communities across the island.

Further, he thanked Phillips for expressing confidence in his abilities and promised to give his best in service to the nation.

“I will do my best to serve the country as best as I can and do my best to contribute to the discussions in the Senate in an informed manner,” Haughton added.

Crawford said he was “very appreciative” of how his colleague senators on the Government side treated him during the campaign.

“What was said, how I was greeted, generally, I am appreciative, and I feel as if I’m a friend, and I’m grateful for that,” he said.

“They were active for their party, but they weren’t against me,” Crawford added.