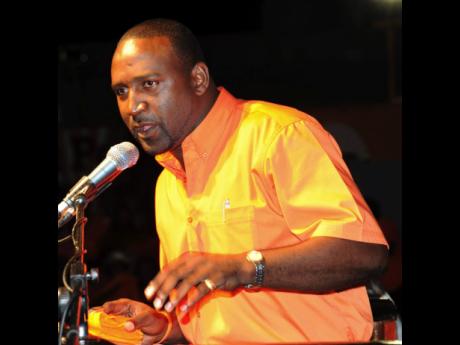 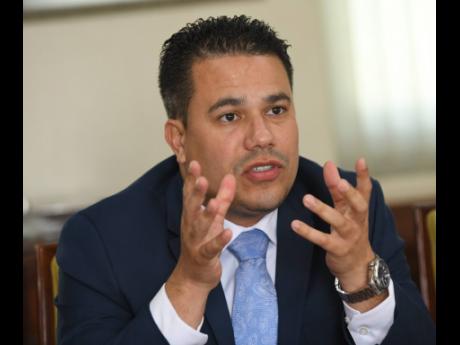 Matthew Samuda, the Jamaica Labour Party (JLP) political magician who has engineered two by-election victories for the ruling party since the 2016 national polls, says that years of political defeat at the hands of the People’s National Party (PNP) led many Labourites to believe that Jamaica was PNP territory.

Samuda not only dismissed that view last week, but said that the JLP has not only smashed the belief, but has made significant inroads into areas of traditional support for the PNP that now has the entire party running scared.

“When seeking the opportunity to lead, it is not for a subset of Jamaicans but rather, for all of us. For far too long, the JLP yielded significant geographic area to the PNP and simply acquiesced to the label of these areas being PNP territory,” Samuda said in response to questions from The Sunday Gleaner on Friday.

“Our party leader, Prime Minister Andrew Holness, and party Chairman Robert Montague have been consistent in their utterances that the JLP offers the type of leadership which can move Jamaica towards prosperity. Such an opportunity can’t be limited to traditional JLP constituencies,” he said, hence the direct attack on constituencies once considered PNP strongholds.

Since the abysmal results of the general election of the 2011, in which the JLP was swept out of power with 42-21, Samuda says that the JLP has since increased its seat count in the House of Representatives by 62 per cent and increased its control of municipalities from zero to nine.

According to him, this growth trajectory in the support for the JLP should not be lost on political observers as it is “evidence of the emergence of a uniquely nimble political juggernaut in Andrew Holness”.

However, Samuda has also credited the Jamaican electorate, stating that “it has become much more discerning of the sum total of performance of a government”, which they have evaluated going to the polls.

“It is the JLP’s belief that we are performing sufficiently well at this juncture to make a winning case for a second term and break the one-term cycle,” he told The Sunday Gleaner, making it clear that the JLP hopes to keep the PNP in opposition for two consecutive terms in contested elections – a first since 1962-1972.

“The strategies for any election are based on a situational analysis. Deployment of your human resources is generally one of the main challenges in a general election. The by-elections of this cycle have helped us to hone our machinery and function as dry runs for the general election,” he explained.

He said that all 63 constituencies have JLP representatives, but some, based on voting patterns, form its support base, while others will get more attention based on affinity by communities to candidates.

“It is no secret that some long-held PNP constituencies have suffered from weak leadership and poor representation. East Portland provides context and a profile of the changing electorate,” he said.

The JLP’s Ann-Marie Vaz, a political neophyte, won the April 4 by-election in East Portland, racking up 9,989 votes to the PNP’s Damion Crawford’s 9,670. She pulled out a more than 50 per cent surge in support compared to the last JLP candidate, Derron Wood, in 2016.

He added that JLP strategists were sharpening their knives before deciding on which PNP seats they were planning to place on the cutting board.

The installation of caretakers continues, said Samuda, and all seats will have a standard-bearer shortly.

“We are happy with the rate of deployment,” he said.

Samuda, head of the JLP’s public relations commission, made it clear that St Ann North West, represented by the PNP’s Dr Dayton Campbell, is in the Labourites’ cross hairs.

“North West St Ann has traditionally been a battleground constituency. The results in the local government elections of 2016 saw all four political divisions supporting the JLP. This would suggest that the performance, or lack thereof, of the PNP, as a whole, in this constituency has made them nervous, and rightly so,” he told The Sunday Gleaner.

Constituencies targeted by the JLP and PNP in 2021 elections (not exhaustive).

- St Catherine South Eastern, represented by Colin Fagan, which he won by 395 votes.

- St Ann North Western, which was defended by Dr Dayton Campbell by 365 votes.

- Westmoreland Central, held by Dwayne Vaz with a 1,179 majority.

CONSTITUENCIES TARGETED BY THE PNP

- Catherine North Eastern, represented by Leslie Campbell with a 121-vote margin of victory in 2016.

- St Catherine East Central, currently represented by Alando Terrelonge and which was once held by Arnaldo Brown. Terrelonge won by 479 in 2016.

- St Ann South West, represented by Zavia Mayne, which was won by 120 votes.

- Hanover Eastern, which was won by Dave Brown with 365 votes.

- Clarendon North Central, held by Pearnel Charles Sr, and which was won by 529 votes.