Chuck yet to table citizenship legislation for MPs 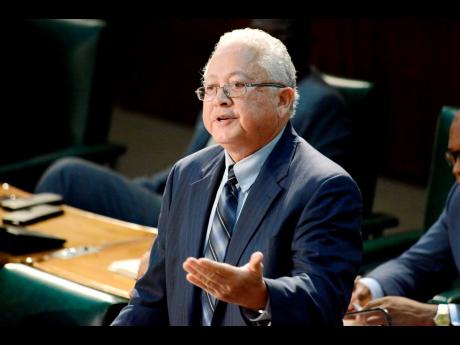 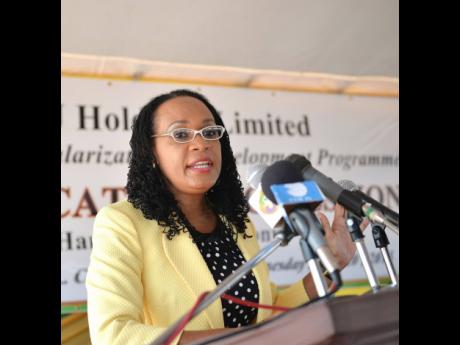 Justice Minister Delroy Chuck has failed to follow through on promises he made a year and a half ago to deliver legislation to make it be mandatory that only Jamaican citizens can stand as candidates for member of parliament.

In 2017, there was a hot political squall over the People’s National Party’s (PNP) candidate Dr Shane Alexis in the South East St Mary by-election.

While as a Commonwealth citizen, Alexis could be duly elected to serve in the Jamaican Parliament, the Jamaica Labour Party (JLP) pounced on his lack of Jamaican citizenship and blasted the PNP on the campaign trail for nominating a non-native to serve in the House.

“From the justice ministry standpoint, we are going to be looking at the Constitution with a view to amending the Constitution to ensure that only Jamaican citizens can sit in the Parliament,” Chuck told The Gleaner during the heights of the campaign in October 2017. “We will be examining, in short order, a proposal to ensure that that is done, and I am hoping that within the next six months, a proposal can be brought to Parliament.”

Alexis, a Canadian citizen, would eventually suffer defeat at the hands of the JLP’s Dr Norman Dunn by 937 votes. He has since been naturalised.

At the time, Chuck was supported by Prime Minister Andrew Holness, who also promised that the issue over the citizenship of candidates vying for a seat in the House of Representatives would be dealt with by his administration.

“After the race done, we going to have to look into the circumstances of the race. Afterwards, we have to go figure out now – because some important questions are raised – should someone who is not a Jamaican, who doesn’t hold a Jamaican passport, should that person sit in our Parliament and make laws for you … ?” Holness said at a JLP meeting in Belfield, St Mary.

However, two by-elections have gone by and the country is about to enter into another election cycle, but the administration has not said whether there has been any Cabinet submission on the matter.

Checks made by The Gleaner on the website of the Houses of Parliament showed no signs that the justice minister had tabled any legislation to amend the Constitution as promised.

Efforts to contact Chuck proved futile yesterday as his phone rang without answer.

However, Opposition Spokesperson on Justice Donna Scott Mottley knocked the justice minister for his failure to deliver on the promises he made.

“Politicians must be extremely careful how they make campaign promises. When they make them to the people, they have to fulfil them in the time frame that they have promised.

“They cannot just go willy-nilly and say what they think might be pleasing to them (supporters) because they are the leaders in our country and they set the tone for what every sector does in our country,” Scott Mottley reasoned.

She said the trend of politicians using platforms to make empty promises should be brought to a halt.

“ … Especially with something as significant as the Constitution. I don’t think you should say things about the Constitution on a campaign trail unless it is well researched,” she added.

Scott Mottley, the leader of opposition business in the Senate, however, suggested that an overhaul of the Constitution was necessary, specifically mentioning Jamaica severing its relationship with the Queen of England as head of State.