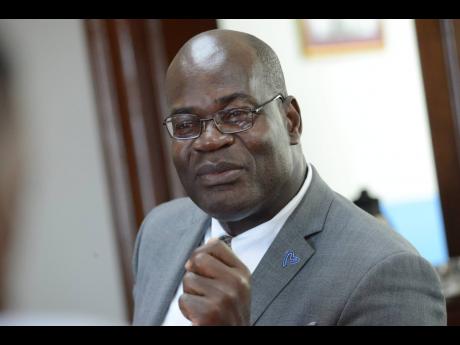 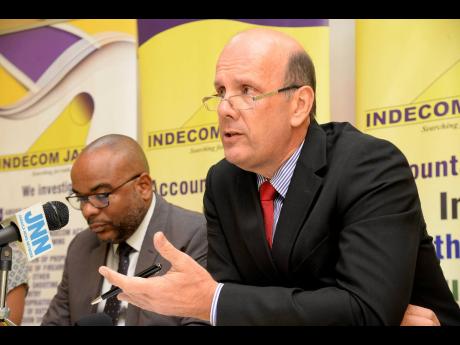 The three policemen who allegedly shot a man to death in St Catherine early Sunday morning before engaging an off-duty colleague in a high-speed chase and a fierce gunfight had been removed from front-line duties, but not suspended, a high-ranking member of the Jamaica Constabulary Force (JCF) has revealed.

Despite this, acting Deputy Commissioner of Police Fitz Bailey acknowledged that Sunday’s incident marked one of the “darkest days” for the JCF and the nation.

“As law-enforcement officers, we have a responsibility to uphold the law, to protect the citizens, and when we now become the assailant, the question is: To whom do the citizens turn?” Bailey said yesterday during an interview on RJR 94 FM’s ‘Beyond the Headlines’.

When the dust settled, law-enforcement sources said Constable Rohan Williams, who was assigned to the Mobile Reserve Division, was dead and one of his colleagues in custody. The Independent Commission of Investigations (INDECOM) is probing whether the third cop, identified as Corporal Kirk Frazer, escaped after he was taken to hospital for treatment.

INDECOM informed The Gleaner that Frazer and the policeman in custody were charged with murder on June 8, 2017, and August 30, 2018, respectively.

Despite this, the oversight body said its investigations have confirmed that the Nissan motor car they were using was a police service vehicle, triggering questions about how they were in possession of JCF equipment.

Five guns, a police logbook, and blue flashing lights used by the police during emergency situations were found inside the car.

Assistant Commissioner of INDECOM, Hamish Campbell, declined to disclose the police unit to which the Nissan motor car was assigned and said it was too early to determine if the guns found were issued by the JCF.

“That needs further testing and stuff before I give an answer to that,” said Campbell, while acknowledging that a number of parallel probes are under way.

But Bailey, who heads the crime portfolio, said his information is that the three policemen were not on suspension.

“It is my understanding that they were removed from operational and front-line duties,” he disclosed.

Cops can be removed from official duties through interdiction or suspension.

He said that while an assessment is conducted to determine whether a cop who has been interdicted or suspended should be allowed to keep his police-issued firearm, the JCF policy is clear on other equipment such as vehicles.

“I don’t know of anyone who is supposed to be on suspension having a service vehicle,” the senior cop said.

It is alleged that a St Catherine man, identified as Sheldon ‘Junior Biggs’ Daley, was shot to death during a party at Chedwin Park, located on the outskirts of Spanish Town.

According to reports, they attempted to flee the scene in the Nissan motor car when they were challenged by an off-duty policeman who witnessed the incident. A high-speed chase and gun battle ensued before the Nissan crashed into another vehicle at the intersection of Brunswick Avenue and Jobs Lane.

A motorist in the other vehicle was killed.

Amid reports that one of the cops vanished from the hospital, where he was taken for treatment, INDECOM said one of its probes is to determine whether he made it to hospital at all.

“He was taken from the scene to hospital, but he was not admitted,” INDECOM Commissioner Terrence Williams said in a radio interview last night.

Bailey disputed reports that one of the cops disappeared from the hospital, but said the JCF has also launched its own investigation to get a clear picture.

“There was an accident, there was a shooting, and there was some state of confusion – if I could call it that. Persons were transported to the hospital to disaggregate who was what,” he said.