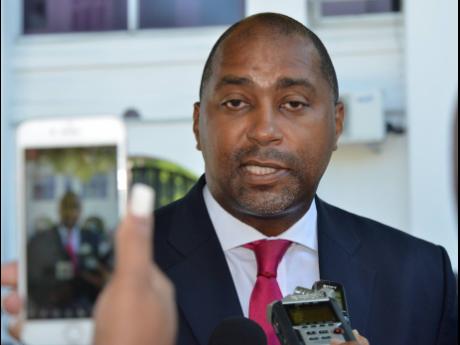 Even as the Integrity Commission has submitted a damning report to Parliament on the Government’s handling of the sale of Rooms on the Beach by Montego Beach (1975) Limited to Puerto Caribe Properties Limited, the Auditor General’s Department says it, too, is conducting a probe of the deal and of the Urban Development Corporation.

The investigation was conducted by the then Contractor General Dirk Harrison, but the watchdog agency has since been subsumed by the new Integrity Commission.

The Integrity Commission recommended that its report into the sale of the prime property be referred to the auditor general.

Julian Robinson, general secretary of the People’s National Party, yesterday said that the parliamentary Opposition agreed with the recommendation.

“We are supporting that recommendation, and we are calling on the ... auditor general to commence her own investigation into the circumstances that led to the sale of this property,” Robinson said in a hastily called press conference in the Opposition’s office at Gordon House.

“So if you took the average of the two points, the Government sold this property by, on average, US$5 million less than what three independent valuators had indicated they should seek for what can be described as prime beachfront property, which could attract a larger sale price,” he added.

Robinson charged that the sale price of the property was heavily discounted and the Government should provide a clear explanation to the country.

“This is nothing short of scandalous from our perspective. This is another instance, in our view, of what we describe as corruption in this administration,” Robinson added.