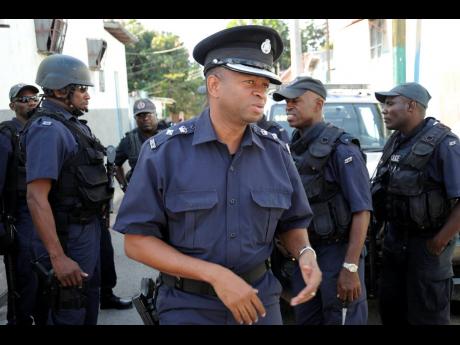 The amputation of the hard-booted Mobile Reserve Unit and the decapitation of its leadership mark the beginning of a massive shake-up in the structure of the Jamaica Constabulary Force, National Security Minister Dr Horace Chang said yesterday, indicating that an infusion of new, young talent could help reimage a crime-fighting organisation riddled by corruption and inefficiency.

Having announced that the force would be overhauled, starting with the dismantling of the 500-strong Mobile Reserve, the national security minister said he is expecting swift results with a new brand of young leaders.

“They have the intellectual capacity and the commitment, and there are those with the requisite integrity, and once we can have a process of identifying them objectively, and given the opportunity to do their work, we will have the kind of force very quickly that all Jamaicans will be proud of and have trust and confidence in,” Chang told The Gleaner yesterday.

“I am confident that we will have that transformation fairly quickly because there are a lot of very capable and bright officers in the force.”

Chang said significant resources and legislative support would be provided to the JCF for it to execute medium- to long-term plans.

Assistant Commissioner of Police Warren Blake will oversee the winding up of the Mobile Reserve, whose chief, Senior Superintendent Terrence Bent, was sent on leave yesterday.

But even while appearing to take a different tack on policing strategy, Chang was quick to explain that the JCF would not go soft on criminal gangs. Commenting on a previous proposal to convert the JCF into a new police service, Chang said he had no such intention.

“We need a police force,” he declared, reasoning that tough policing was required in a country with more than 1,000 murders a year.

“This is not a matter of providing healthcare and education, it is a matter of protecting people, and you need a force. Protecting institutions and the Jamaican economy – you need force to deal with that,” said the security minister, noting that the criminal elements who were “against us are powerful forces”.

However, Chang’s proposal appears to be a revision of his previous intent to draft legislation to introduce a new police service.

Addressing lawmakers in Gordon House in June last year, Chang said the Government would be moving “with deliberate effort to advance the reform of the JCF”.

“Reform will not only entail technological improvements or a simple name change, but establishing a robust accountability framework, enhanced capacity building, culture change and improvements in the standards of service delivery,” Chang said.

“We will be ramping up the implementation of anti-corruption activities within the police service. One corrupt policeman can define the entire organisation,” he said at the time.