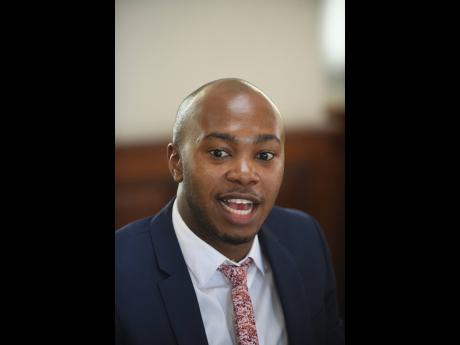 Lesbian, gay, bisexual, and transgender (LGBT) teenagers are being bullied in schools across Jamaica and administrators are doing nothing about it.

That’s the word from executive director of the Jamaica Forum for Lesbians, All-Sexuals and Gays (J-FLAG), Jaevion Nelson, who told a Gleaner Editors’ Forum last week that the incidence of bullying of LGBT students in schools is particularly high and worrying.

“A number of LGBT youth continue to talk about the experiences they would have had in high school, especially particularly among their peers, and the schools’ response to it, in that they oftentimes do not treat with the issues,” Nelson said last Thursday.

He added that these students usually go through high school without support or intervention decrying discrimination.

“So those young people grow up with all sorts of trauma that they may have never ever been able to get any sort of psychosocial support to deal with, and so you go through your adult life sort of battered and torn because of those experiences,” the J-FLAG head said.

Nelson said while J-FLAG was not necessarily interested in going into schools to talk about LGBT issues, children need to be taught to respect others despite differences.

“What we think is that within the school community, there isn’t any kind of real and sustained thrust to ensure that children are being told to respect everyone, and some of the kids who are being bullied as a result of homophobia or transphobia aren’t even gay, aren’t even lesbian, aren’t anything. They just might act differently and they are bullied as a result,” said Nelson.

He said many of these cases go unreported as the LGBT students do not have confidence in school administrators addressing these matters or taking them seriously.

“If you look at a 2015 study that was done, it really shows that bullying is a real serious issue right across schools, and what was frightening was that a significant number of the students who were interviewed said they don’t believe that the teachers would ever do anything about it, so they don’t even bother to talk to the teachers about the challenges they were facing,” said Nelson.