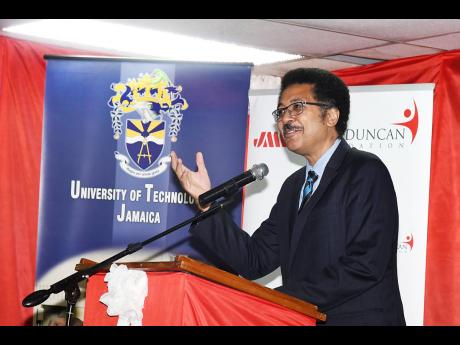 The strike by members of the University of Technology, Jamaica Academic Staff Union (UTASU), which began last week, will continue if the salary adjustments set out in the 2015-2017 heads of agreement are not implemented, says union President Lebert Langley.

The heads of agreement, signed by UTASU, the University of Technology, Jamaica (UTech) and the Ministry of Education in April 2017, would see academic staff at the university being paid at least 80 per cent of that earned by their counterparts at the neighbouring University of the West Indies (UWI), Mona in St Andrew.

According to Langley, however, the section of the agreement stipulating the salary adjustment did not get the nod from Cabinet.

“We are talking about a heads of agreement that has been signed off on. The heads of agreement says there is an agreed position by the signatories that there will be a salary adjustment; what was not agreed was the quantum. What the Cabinet decision, in effect, said [was] ‘We are negating Item 41 [of the agreement] because we are not approving it’,” Langley lamented.

The union president confirmed that the staff have been invited to a meeting on Friday, but have given no indication that they will be attending.

But UTech President, Professor Stephen Vasciannie, said the meeting will not take place if faculty remain on strike.

“We are arranging for a meeting on Friday with the minister of finance and we have informed the union about this meeting and are awaiting their response concerning participation ... . We have also told them that the minster will not be meeting with them if the strike is still on, so we are hoping that they will inform us today (yesterday) that the strike has come to an end. The management’s objective in all this is to bring the strike to an end to return to the negotiating table and to sort out this long-standing dispute once and for all,” Vasciannie said.

In February, students and staff at the Papine-based institution protested at the entrance to the campus, criticising the Government for what they described as chronic underfunding when compared to other tertiary institutions.

The university president has previously expressed that if the subvention is increased to $4.97 billion, the institution would be able to pay the academic staff the salary adjustment as set out in the 2015-2017 heads of agreement.