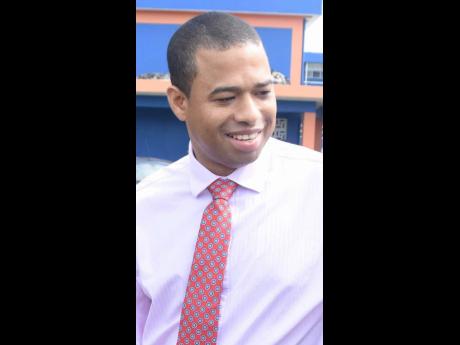 Former boss Floyd Grindley was repeatedly warned by a subordinate about possibly breaching the Government’s procurement guidelines before he gave instructions for Petrojam to back out of $29.8-million contract with the National Works Agency (NWA) and hire a private contractor for $96.8 million – more than three times NWA's figure – to carry out the same project.

The private contractor was identified by Petrojam executives yesterday as Construction Solutions Limited, the entity which got the largest slice of the Government’s $600 million bush-clearing programme in 2016.

An audit by the Auditor General's Department (AGD) found that Construction Solutions was engaged using the “direct contracting emergency” method and that the switch of contractors ended up costing taxpayers approximately $67 million.

But more than two years later, Carol Palmer, permanent secretary in the energy ministry, said her search for documents to support the switch from the NWA to Construction Solutions has turned up empty.

“I asked and there is no documentation that I have been able to find to provide the justification for the change nor does there exist anything that gives me the process that was entered into to arrive at the change of provider of the service nor is there anything that describes that it is an emergency,” Palmer told lawmakers at the Public Accounts Committee (PAC) of Parliament meeting yesterday.

She revealed, too, that she has not been able to find the Cabinet submission for the contract, which involved the construction of a perimeter wall at Petrojam’s Marcus Garvey Drive refinery.

“Because under the procurement rules, it would have had to go to Cabinet, I am still searching because it raises the question 'How do you reasonably move from $29 million – call it $30 million if you will – to these monies?'” she added.

“It would have had to come through the Ministry [of Energy]. Where is the Cabinet decision? You can do emergency procurement up to $100 million, where is the emergency that was established? These are questions I am trying to answer for myself,” Palmer added.

What the permanent secretary did see was a trail of email correspondence between Grindley and Chevril Shaw, the former procurement manager at Petrojam.

She said in the exchange, there was “careful note being made of following the procurement process”.

“The officer pointed out to the general manager that the works agency provided the most efficient means of getting the job done. When I read on the emails, [I] saw her being instructed to proceed as was directed to this other entity,” Palmer said.

Opposition members of the PAC pounced on the revelations.

PAC Chairman Mark Golding suggested that the project should be a candidate for the forensic audit to be conducted at the scandal-scarred refinery.

Peter Bunting was more caustic, describing it as “interesting” that the direct emergency contracting method is “consistently used with certain preferred contractors".

He added: "I am not going to be part of any conspiracy to cover up that fact. Let everybody know who get into these sweetheart deals that when it comes before this committee, we are going to expose them to at least public scrutiny and they must understand that it is not going to stay in the dark when these deals are stuck.”

The AGD, in its report, indicated that Petrojam initially utilised the direct contracting methodology to engage the NWA for the construction of the perimeter fence.

The report indicated that in June 2016, NWA provided Petrojam with preliminary drawings for the perimeter fence, which Petrojam agreed to.

By November, the NWA submitted an estimate of $29.8 million for the construction of the fence, which Petrojam formally accepted later that month.

However, the AGD said just 21 days after he was employed as Petrojam general manager, Grindley wrote to NWA informing it that "Petrojam has subsequently decided not to pursue this project through the NWA/[name deleted]".

“Notwithstanding the varying of the scope of work to include an additional 200 metres of fence and other modifications that costed $9.7 million, the general manager made a bad business decision costing Petrojam $67 million in excess of the NWA’s estimate,” the AGD concluded.