Petrojam hired contractor to do work of in-house staff 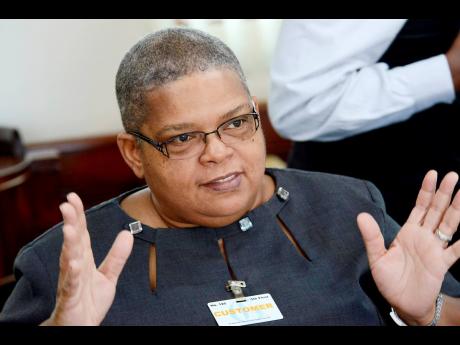 Senior executives at Petrojam and permanent secretary in the energy ministry, Carol Palmer, were left stumped for answers after lawmakers questioned the decision by the state-owned oil refinery to pay a Canadian firm US$55,000, or about J$7 million, in 2017 for work that could have been done by in-house staff.

According to the findings of a performance audit of Petrojam, the Canadian consultant, identified as Asha Corporation, was engaged in August 2017 to determine the refinery’s “strategy alignment with Jamaica’s National Energy Policy/2030 Vision”, among other things.

Acting general manager of Petrojam, Winston Watson, acknowledged, during a meeting of the Public Accounts Committee (PAC) of Parliament on Tuesday, that the company, as well as the energy ministry, had in-house expertise to do the work the consultant was hired to carry out.

As a result, Watson and Palmer were left searching for answers after opposition members of the PAC questioned the basis on which Asha Corporation was contracted.

“This permanent secretary cannot answer that question. It’s not something that I would have supported under my watch,” declared Palmer, who was transferred to the energy ministry in February.

“I would have to say this general manager would not have supported that either. I’m not sure if any member of my team can even speak to it, but you can ask them for themselves,” Watson responded.

The permanent secretary made it clear there would be no repeat. “We are not hiring any external consultants to come and tell us how to update the Government’s energy policy, which we are about to embark on,” she said.

Opposition members of the PAC blasted the three-month, $7-million contract as “comical” and a “ruse” designed to extract millions of dollars from the state-owned entity.

“It’s, basically, giving back to Petrojam the information that it provided to them. This is really an extreme case of a consultant borrowing your watch to tell you the time and to charge you for it,” said opposition member Peter Bunting.

“To me, this just looks and smells like a ruse … like a series of contracts, not designed to provide any real value whatsoever, couched in fluffy language and producing virtually nothing,” PAC Chairman Mark Golding charged.

Bunting, a former minister of national security, suggested that investigators who are probing alleged irregularities at Petrojam utilise Jamaica’s treaty arrangements to follow the money trail.

“I wonder, … because they often involve overseas companies, if we can’t access some of our mutual legal assistance treaties to do some follow-up on where these monies have ended up,” he said

“On the face of it, it appears fraudulent,” Bunting insisted.