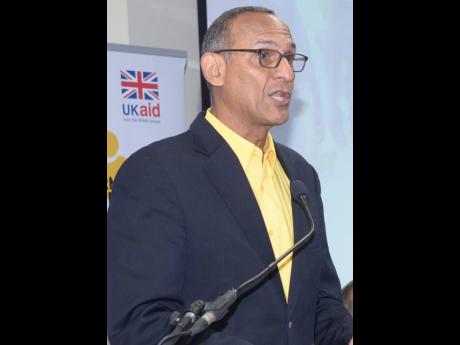 Executive Director of the Caribbean Policy Research Institute (CAPRI) Dr Damien King contends that it is feasible for Jamaica to have a national health insurance scheme given the emerging public health crisis on the horizon precipitated by the high level of chronic diseases affecting the population.

King, who was speaking yesterday at a CAPRI forum dubbed Beyond No User Fees to National Health Insurance For All at the Mona Visitors’ Lodge at The University of the West Indies (UWI), Mona, said national health insurance coverage would boost the economy and reduce poverty.

“There is nothing that tips a marginal family into poverty more than absence of coverage for health. [It’s] either because the cost of medical treatment is sufficiently catastrophic that it destroys the family’s basis of wealth or the absence of having to cover that cost then the illness or disease itself allows the breadwinner not to be able to work, and that tips the family into poverty,” King said.

A national health insurance programme is being envisaged to drive, financially, the concept of having universal access.

King said as the economy grows and people’s financial standing improves, universal health coverage is necessary to prevent people from slipping back into poverty.

“Universal health coverage has been demonstrated to be the single most [important] element of a social-safety net,” King, a senior lecturer at The UWI, pointed out.

“We are in a context where a lot of public investment has a high return, has a legitimately high return, investment in infrastructure, investment in other poverty-reduction measures, investment in education, so when we putt for discussion a national health insurance scheme, it is not to say that all the resources have to go into a national insurance scheme and ignore these other demands on the public purse, but at the very least, what we are suggesting is that the returns for such a scheme are sufficiently high that it has to be a part of the national discussion going forward,” King cautioned.

Also speaking at the forum, James Cercone, president and founder of Sanigest Internacional, said there was an investment return of nine to one in having a national insurance plan.

Chris Zacca, president of Sagicor, a major player in the local insurance sector, said that his company’s actuaries have warned that the cost for healthcare in the near future “is going to overwhelm the country if something is not done”.

In 2018, it was estimated that some 75 per cent of Jamaicans were without health insurance.