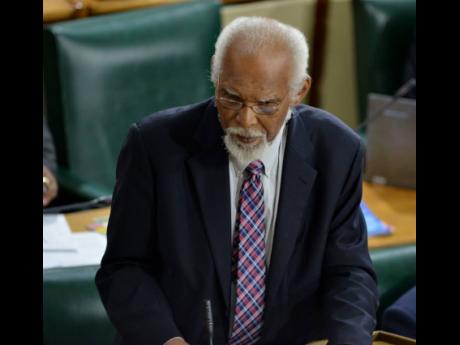 After a marathon sitting lasting nearly seven hours yesterday, the Senate approved a 90-day extension of the state of public emergency (SOE) in St James, Hanover and Westmoreland.

Fifteen of the 18 senators present at the sitting voted in favour of the extension. Two senators – Floyd Morris and Damion Crawford – voted against the measure.

André Haughton, the People’s National Party’s caretaker for St James West Central, which falls within the boundary of the state of emergency – abstained.

During the sitting, Leader of Government Business Kamina Johnson Smith said that the imposition and further extension of the SOE was necessary, citing that murders in St James have skyrocketed by 70 per cent over the corresponding period of January to April 28 last year.

“It is not normal, Mr President. It is not routine. The use of the state of emergency and its extension is also not normal nor is it routine. It is extraordinary and we recognise it as such. What is worrying, Mr President, is where we no longer see these numbers as extraordinary. It is our responsibility to rein in the criminals, Mr President, to return our Jamaica – to return our society – to one that is not impeded by an everyday sense of a threat to life and person, a threat to order, a threat to public safety on a daily basis,” Johnson Smith said.

However, Opposition Senator K.D. Knight, who left before the vote was taken, rejected this line of reasoning.

An SOE was imposed on the three western parishes on April 30 for an initial period of 14 days and was set to expire next Monday.