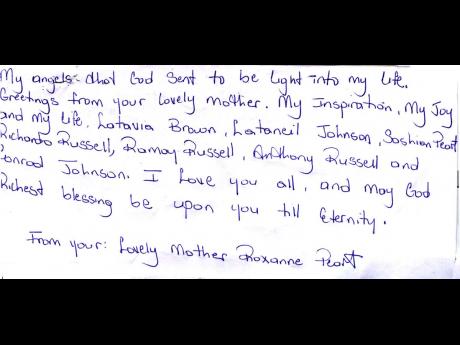 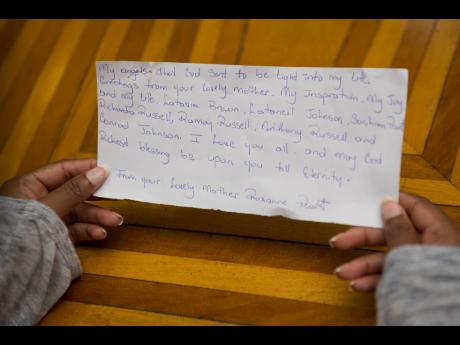 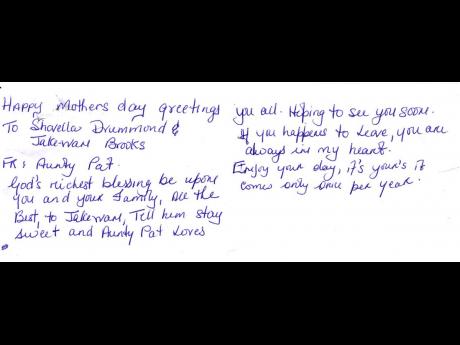 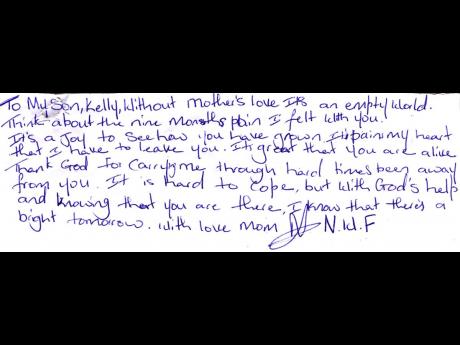 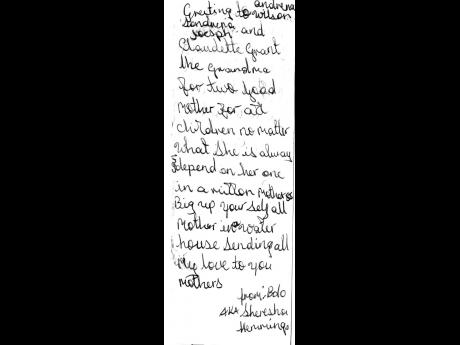 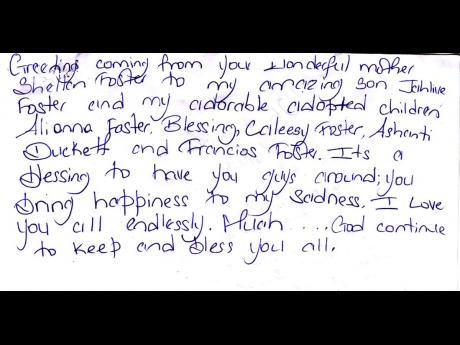 Warders at the relocated Fort Augusta Female Correctional Facility last week urged the Government to put more resources into fighting the scourge of domestic violence in Jamaica, hinting that it is often the root of many of the crimes for which inmates are placed behind bars.

The warders noted that many of the convictions were for ‘survival crimes’ – those which aided women in making a ‘quick buck’; and involved mothers trying to fend for their children.

“We really need to do something about domestic violence, because when you hear the stories, a lot of the incidents involve women who were in domestic-violence relationships, and a lot were also single parents, and so that is why they committed some of the crimes,” a female warder told The Sunday Gleaner at a handover ceremony of fans at the facility last week.

About 80 per cent of the 106 inmates at the facility last week are mothers. They were last week allowed to send tributes to their children from behind bars as part of Mother’s Day celebrations.

Outside of normal visiting hours, they only get such a chance to bond with their children in August and December – and for only 20 minutes at a time.

Tribute after tribute, inmates professed their love for their children and told of the difficulties of being away from them, hoping that one day they would be reunited permanently.

“On the 16th day of January 2015, about 6:45 p.m., my life was ordained with hope and purpose. I was empty and lustful of a reason to live. And then you, Mia Bailey, came along and enlightened my heart with the greatest love of all – a mother’s love,” wrote inmate Dadian Downer.

“When my days get low, I think of you, and when I am at my highest, it is because I am thinking of you. You have changed my life more than you will ever know,” continued Downer.

“Every day I pray and ask the Lord to bless you with an uncommon favour so you will never know the life that I’ve lived and that pain and hurt exist.”

Inmate Shoshana Francis said of her son Jayden Brown: “My child is a reflection of me and how I used to be, and so I embrace each day being a parent. Life is a journey with so many paths and rivers to cross. Live, love, laugh and with your chin up, express yourself and your beliefs,” she urged of her son.

Latoya Reed wrote to her children, Cheneilla Cummings, Khalissa Scott, Amoya Reid and Ryan James: “You all are special to me, and if I were to get a second chance at life, I would want all of you as my children again. Mommy loves you intensely and times spent apart were crucial. No one can take your place in my heart.”

Joycelyn Roach-Spencer, superintendent at the female facility, explained that not all moms behind bars have a good relationship with their children, and that some had mixed feelings about sending Mother’s Day greetings.

“Those who had good relationship with their children were upbeat but not all of them have that kind of relationship. Based on the crime that they would have committed, some of them would have been alienated from the children. Some children might not be happy about what their parents did,” explained Roach-Spencer.

Meanwhile, Corporal Ethel Gauntlett-Morgan, who is in charge of education at the prison, praised some inmates for going back to school while incarcerated, and said that many were passing their Caribbean Secondary Education Certificate exams with flying colours.

“We have a lot of high achievers. We had one student passing six subjects in one sitting, and we had 10 persons doing food and nutrition, and all of them passed. The passes are actually very good. Most of the inmates usually do very well,” said Gauntlett-Morgan.