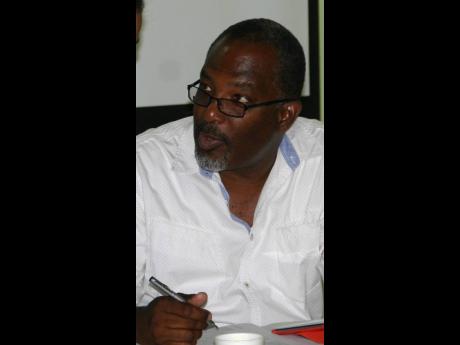 Three sitting members of parliament have reacted to the publication of their names by the Integrity Commission in its annual report for 2017, stating that the lawmakers could not be “cleared” despite submitting their statutory declarations for the year prior.

However, a fourth, Prime Minister Andrew Holness, member of parliament for St Andrew West Central, is yet to respond.

Leslie Campbell, MP for St Catherine North East; Luther Buchanan, MP for Westmoreland Eastern; Zavia Mayne, MP for St Ann South Western and state minister in the Ministry of Labour and Social Security; and Ian Hayles, member of parliament for Hanover Western are current legislators that the Integrity Commission could not clear.

The Sunday Gleaner sought a comment from the prime minister through his office but no response was forthcoming through Naomi Francis, press secretary in the Office of the Prime Minister, on Friday.

The Integrity Commission’s annual report for 2017 detailing the status of lawmakers in relation to their compliance with the Integrity Act was tabled in Parliament on May 1, 2019.

In a statement to Parliament in February 2017 on the Integrity Commission, Holness stated his administration’s commitment to fighting and eliminating corruption in Jamaica.

“Accountability, transparency and integrity are hallmarks of all self-respecting democracies, and these principles must always be promoted and upheld in furtherance of good governance, social cohesion and economic advancement,” the prime minister declared.

Professor Trevor Munroe, executive director of corruption watchdog, National Integrity Action, urged Holness not to be an infidel of his own sermon.

“I hope and expect the PM will recall his own insightful words at his inauguration: ‘Jamaican people want to see action in building trust’, not only words, and therefore he must act speedily to clear his statutory declaration as required by Section 41 of the law, the importance of which he himself stressed in introducing the Integrity Commission Act in Parliament on February 1, 2017.”

In an interview with The Sunday Gleaner on Friday, Campbell, a government backbencher, said he had submitted his statutory declarations to the Integrity Commission, noting that the oversight body did not inform him that he was not cleared.

However, he said that the commission wrote to him “some time ago” requesting information on his insurance policies. “I copied the entire policies and sent it to them and I have not bought any insurance since then, so I don’t know what more they want from me.

“You have put it out in the public domain; it’s as if I have committed some criminal wrong,” Campbell charged, adding that he had handed over copies of his insurance policies and certificates of title for lands, as well as information on vehicles he owns, to the commission.

Campbell said he will raise his concerns with the commission when he submits his current statutory declarations.

When contacted by The Sunday Gleaner, Buchanan said he was surprised that the commission listed him for not satisfying the requirements of the parliamentary oversight body.

“They had written for some things and I have responded, and I am not certain what it is that they are not satisfied with,” he said.

According to Buchanan, the commission had written to him about a loan that he had already cleared.

The opposition Westmoreland Eastern MP said he would be sending a letter to the commission on Monday “to find out exactly what it is that they are querying”.

Mayne said that he was surprised that the commission declared that he was not ‘cleared’ in its annual report.

“I found it very surprising that the Integrity Commission could have taken such a position when they know very well that I could have been served through the Parliament. They have my office address, I could be served through my constituency office, my email is listed on the document and they have my telephone number,” the state minister told The Sunday Gleaner.

Mayne is adamant that he would meet with the leadership of the commission shortly to ascertain the outstanding issues and address them accordingly.

He recalled that an officer from the commission asked him if he had received word from the oversight body and that he would be contacted through Parliament. “I have not had sight of that letter,” he insisted.

“I intend to rectify it because at all times my intentions are clear, because I did file (statutory declarations). My intention is to comply with the law.”