Government moving to fill vacancies on Petrojam board 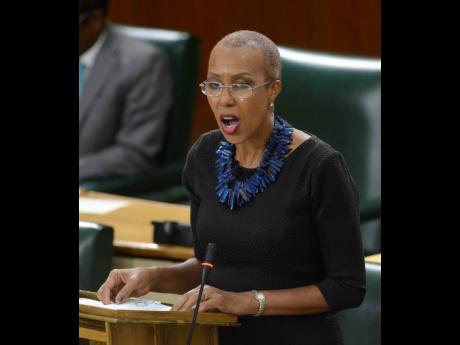 Minister of Science, Energy and Technology Fayval Williams says the Government was moving to reconstitute the board of Petrojam, the scandal-hit state-owned oil refinery.

In her maiden sectoral presentation as energy minister in Parliament on Tuesday, Williams said the ministry has been keeping a close eye on Petrojam.

“There is closer monitoring of the activities, resulting in Petrojam seeking clearance from the ministry on many matters,” the minister said.

Months ago, the ministry sought feedback on the proposed terms of a forensic audit into the operations of Petrojam as the Auditor General’s Department uncovered improprieties at the country’s sole petroleum refinery.

The minister said feedback from four institutions – Integrity Commission, the Jamaica Association of Petroleum Marketers, Major Organised Crime and Anti-Corruption Agency (MOCA) and the Jamaica Gasolene Retailers Association – has been sent to the auditor general, who will oversee the procurement of the forensic auditor for the job.

“Beyond all of this, as you are aware, the Public Accounts Committee continues its weekly interrogations. Additionally, we await the results of MOCA and the Integrity Commission,” Williams said.

Meanwhile, Williams made mention that an upcoming milestone as it relates to future of Petrojam is the delivery of a report prepared by the Strategic Review Committee that will lay out all the options for the Government to consider and decide.

The report will also include analysis of Petrojam Ethanol Limited and Jamaica Aircraft Refuelling Services, subsidiaries of the Petroleum Corporation of Jamaica and Petrojam, respectively.

But even before receiving a full report on the entity, she has noted that significant changes are on the horizon.

Williams pointed out that in the electricity-generation sector, the use of heavy fuel oil to generate electricity will decline from 95 per cent to about 44.8 per cent by the end of 2020.

The minister also said the market for bunkering, which is the refuelling of ships, will see major changes starting January 1, 2020.

“These changes will result in ships using lower-sulphur fuels, requiring further changes to Petrojam’s business model. These are dramatic changes for Petrojam,” she said.