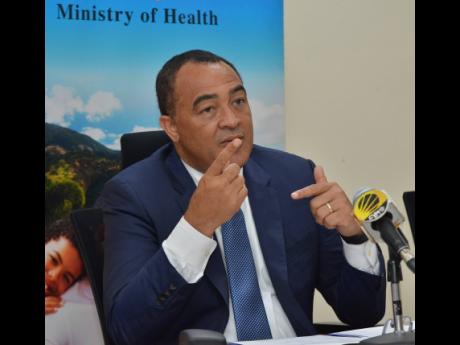 Errol Greene, regional director of the Western Regional Health Authority (WRHA), is now awaiting a policy to be crafted by the Ministry of Health and Wellness and the Ministry of Local Government to address the issue of social patients who occupy much-needed hospital bedspaces at the expense of genuinely sick patients.

In an interview with The Gleaner late last week, Greene said that such a policy would help with the relocation of social patients who have been given a clean bill of health but refuse to leave the hospitals, where they receive free food and other amenities.

“The Minister of Health (Dr Christopher Tufton) is working on a policy along with the Mnistry of Local Government to deal with that aspect of things. As it is right now, more than 10 per cent of our bedspaces at the Cornwall Regional Hospital (CRH) are taken up by social cases, so it poses a strain on us when we can’t find beds to put patients that really need beds,” said Greene.

The Mt Salem-based CRH has approximately 300 beds for patients at present, but 45 of them are occupied by social patients. During his recent contribution to the Sectoral Debate in Parliament, Tufton said there were some 197 social patients occupying bedspaces in hospitals islandwide.

“Within the western region, the other hospitals have the same problem. Just last week some relatives dumped a man at the Falmouth Hospital, and he really should not have been at the hospital, but the relatives refused to take him back,” said Greene.

Tufton had indicated that his ministry would collaborate with the Ministry of Local Government, the Ministry of Labour and Social Security and the various municipal corporations to transfer social patients to an appropriate facility.

He also stated that the Government was prepared to take court action against families, who have abandoned their relatives at the island’s hospitals.