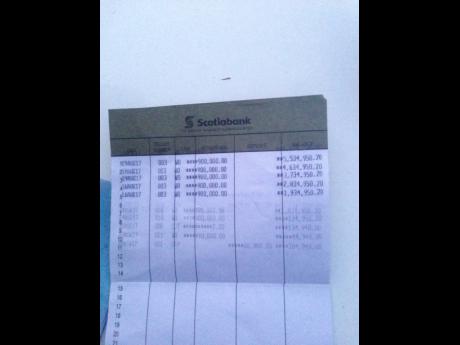 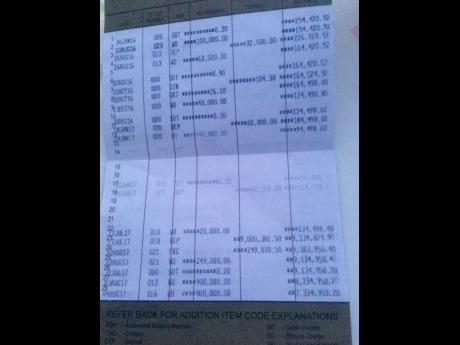 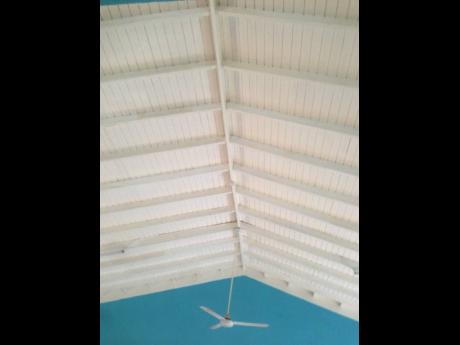 Photo by Ruddy Mathison
Work was also undertaken on the roof. 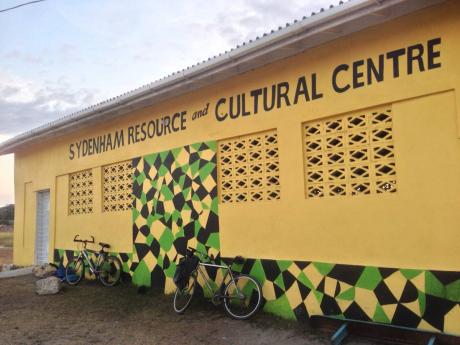 Photo by Ruddy Mathison
The exterior wall was redone with funds from the Petrojam donation.
1
2
3
4

Five weeks after a controversial $9-million donation from Petrojam hit the bank account of the Sydenham Citizens’ Association, nearly all the cash was removed in nine withdrawals of $900,000 each, a Gleaner investigation has revealed.

The donation is not only the subject of an investigation by the Major Organised Crime and Anti-Corruption Agency (MOCA), but has stirred turmoil and finger-pointing among members of the association’s executive.

A review of the Sydenham Citizens’ Association account held at a leading commercial bank revealed that the sponsorship by the state-owned oil refinery of $9,000,381.50 was deposited on July 17, 2017.

This was 12 days after an email requesting the donation on behalf of the association was forwarded to then Petrojam general manager, Floyd Grindley, by Lionel Myrie, a director of the refinery’s parent company, Petroleum Corporation of Jamaica, according to a performance audit conducted by the Auditor General’s Department.

The association’s bank book has revealed that the withdrawals started 17 days after the funds were deposited into the account with a $900,000 transaction on August 3. There was another one the following day.

Acting chief financial officer at Petrojam, Carlene Evans, told the Public Accounts Committee (PAC) of Parliament that the $9-million sponsorship cheque was made out to the Sydenham Citizens’ Association and later encashed.

“I can confirm that the cheque for Sydenham was actually negotiated,” Evans told lawmakers on the PAC on April 2.

The donation hung like a cloud over a meeting of the association’s executive on Sunday, with some members distancing themselves from the $9-million deposit.

Others resigned from the executive of the nearly 50-year-old association after claiming that they were not getting answers about the deposit and withdrawals from president Michael Uylett, who now resides overseas.

“We know nothing about this donation, and the members of this association deserve clarity on how this $9 million got into the account in the first place and for what purpose it was spent,” declared Vice-president Errol Williamson.

Uylett, in an exclusive interview with The Gleaner, revealed that the donation was requested through the constituency office of South Central St Catherine member of parliament and former energy minister, Dr Andrew Wheatley, to renovate the community centre.

The Sydenham Citizens’ Association president revealed, too, that he did not submit an estimate to Petrojam of the work to be undertaken.

“Petrojam made out a cheque to the tune of $9 million, which I deposited in the association’s account and subsequently made these withdrawals to purchase materials and pay workmen who were all from the community,” he said.

Uylett said there was no supporting document for the payments because the workmen who renovated the community centre were paid in cash.

Uylett insisted that members of the association knew about the donation and appeared baffled as to why they would say otherwise.

“They all knew about this donation that was secured from Petrojam to carry out repairs to the community centre,” he underscored.

“The money was withdrawn and spent for a good cause. It was spent to tile the hall, do painting of the structure, put in solar panels and redo a wall that was not done properly, and do other work that was not included in the original contract,” he added.

Uylett told The Gleaner that the withdrawal forms were signed by himself and a member of the executive he identified as Keith Codner.

Codner, a justice of the peace, was furious when informed of the allegations.

“I have launched my own investigation to see if there could be a chance that my signature was forged at any point to withdraw the money,” he said in denial of the allegations.

“I am very hurt by these allegations that have embroiled the association,” added Codner.

He said the first time he heard about the $9-million donation was through media reports, and he immediately sought clarification from Codner, an executive member who had signing rights and was acting as president in Uylett’s absence.

“It was at this time that we first reviewed the bank book that was always kept by the president and saw that the money was deposited to the account and withdrawals made,” said Williamson.

According to him, they immediately contacted Uylett for him to “shed some light” on the matter, but have not received a response to date.

Uylett insisted that he is still the president and that he will be back in Jamaica in August to clear his name from the allegations swirling around the community.