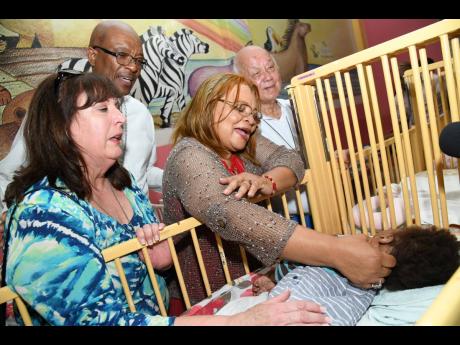 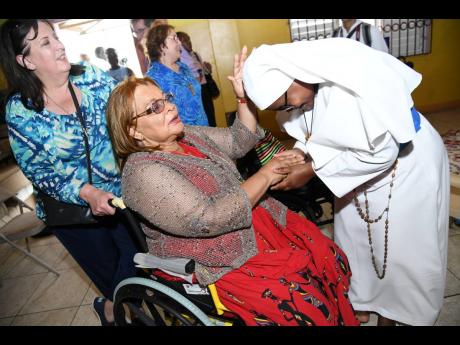 Dr Alveda King, the niece of one of United States’ most celebrated civil rights activists, Martin Luther King Jr, is appealing to Jamaican lawmakers to steer clear of making abortion legal in the island.

While not her first time in the island, King said this time around, she was on a dissuasion mission as there is an active campaign to legalise abortions in Jamaica.

The abortion debate in Jamaica has been reignited following a motion moved in Parliament by Juliet Cuthbert-Flynn for a review of laws outlawing the practice, saying that women needed safe and affordable methods to terminate pregnancies.

Cuthbert-Flynn, the member of parliament for West Rural St Andrew and a former Olympian, also revealed during a Human Resources and Social Development Committee meeting examining the motion that she had an abortion at age 19.

“I say to Jamaicans who vote [and] those who rule and are in authority that you should not make the same mistake that America did,” King advised, alluding to the 1973 decision to legalise abortion in the United States.

She continued: “Since then, we have had over 60 million legal abortion deaths, and about one-third of those are black babies. Therefore, many people are missing in action. I believe that the strength of an economy, the community, and the spirits lie in the children.”

Before getting close to Christ and becoming saved, King herself had two abortions and one miscarriage.

Though happy she is now the mother of five children, the activist shared that the abortions left her struggling with health problems.

“I ended up having problems with my cervix, my reproductive system, and my breasts. Abortion is linked to breast and cervical cancers, mental problems, stress, depression, and suicide. Sometimes, women die. We don’t want that for the women of Jamaica,” she said before adding, “I used to be a modern-day feminist, but I became born again in 1983.”

King told The Gleaner that her mother had also wanted to abort her but was persuaded not to based on advice from her grandfather, Martin Luther King Sr. This has influenced her transition away from a pro-choice view.

“I want to give you two important quotes from Martin Luther King Jr, which say, ‘The Negro cannot win if he is willing to sacrifice the future of his children for immediate personal comfort’. One of his most famous ones is: ‘Injustice anywhere is a threat to justice everywhere’. A woman has a right to choose what she does with her body, but the baby is not her body. Where is the lawyer for the baby? How can the dream survive if we murder our children?”

Honoured to walk alongside the niece of the late civil rights activist during the tour, Dr Alvin Bailey, presiding bishop of the Holiness Christian Church and chairman of Jamaica CAUSE, said that people need to know that alternatives to abortion exist, and, therefore, he and other partners are on a mission “to change the minds of the lawmakers and persons thinking of abortion”.