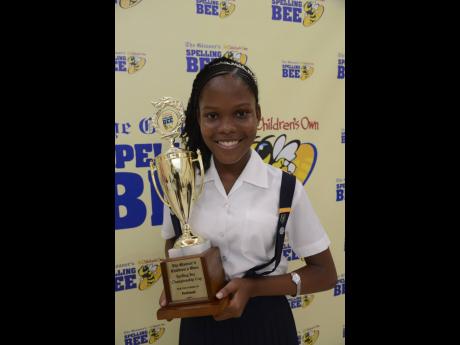 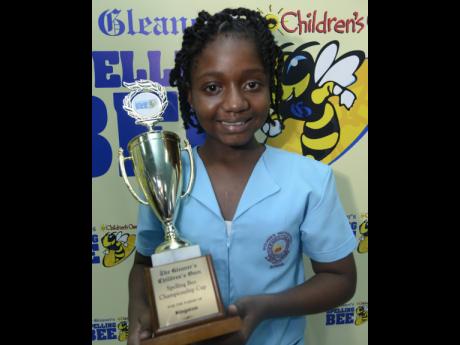 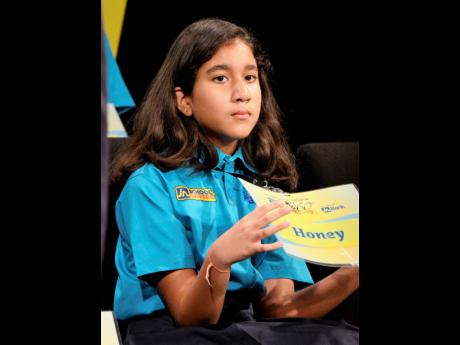 For the first time since Jamaica began participating in the Scripps National Spelling Bee Championship in the United States just over 10 years ago, four finalists in The Gleaner’s Children’s Own Spelling Bee competition will be on the same stage in Washington.

Historically, only the winner of the competition participated in Scripps until last year when another finalist competed.

This year, in addition to national champion Darian Douglas, Titchfield High’s Rhonoya Anderson, Immaculate’s Ashleigh Jarrett, and Honey Advani of Heinz Simonitsch School will also be going to Scripps to face off with hundreds of other spellers, mostly from the United States.

The Scripps competition will start on May 26 and end on May 31 in Washington, DC.

Darian attends the Scripps championship under a Gleaner scholarship, while his fellow contenders do so via Scripps’ RSVBee invitational programme. The programme allows parents to apply on behalf of their children to enter the competition.

Preparations have been intense for the US competition next month, and the local spellers concede that Scripps is a tougher prospect than The Gleaner’s Children’s Own Spelling Bee championship.

“I’ve gone through the list that they sent, … and I’ve been going through the different manuals and utilising their study tools and websites, so it is going pretty good for me,” Ashleigh said.

Rhonoya, who is a four-year champion speller for Portland, says she’s not daunted by the challenge.

“I am preparing much harder than I have ever prepared for any competition. It is a lot of work, but I know in the end, it will be worth it,” she said.

And Honey said she has been putting in long hours with short breaks.

“I don’t stop studying. I use the study resources that Scripps gave me and some online resources, ” she told The Gleaner.

Last year, national champion Nathaniel Stone and third-place speller Assana Thompson both qualified for the Scripps competition. However, neither advanced to the finals.

“We have to be adjusting to the American way of studying. Rhonoya is personally driven, so the most I do for her is keep her motivated and bring her to a different level each and every day. I see her doing very well, and winning is a part of her objective.

“I am behind her 100 per cent. She is self-driven. She is a blessed child and I see her winning this competition.”

“Ashleigh is highly self-motivated and she has all the right materials to do well.”

“Preparations are going really good for her but because she had a series of asthma attacks recently. It held her up a bit but she is good now. What motivates her is winning. She is one of those children that doesn’t like second and third place.”

“I believe her mom keeps her motivated. She is a kid and while she studies on her own to a level … . I see her doing really well in the competition although Scripps is a different ballgame altogether.”

“Honey is an ideal student. She is excellent in every respect. She is very disciplined, attentive to her work, and walks with a purpose, she is everyone’s pride and joy.”