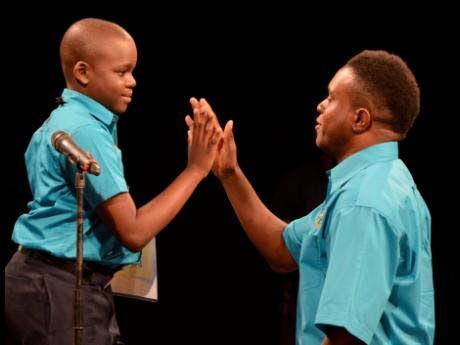 Darian, a 12-year-old seventh-grader at Glenmuir High, says that he is fully prepared for the competition and is looking forward to being an ambassador for his homeland.

“I am expecting that Jamaica will be lifted up this time. I am planning to pass the vocabulary test, and I’m planning to reach on ESPN and go to first place,” the national champion said.

He attributed his success to his ravenous appetite for studying the dictionary and is hopeful that his wide-ranging vocabulary will catapult him to the top of the podium at Scripps.

Coach Errol Campbell told The Gleaner that preparations are in high gear, saying that the young speller, who insists that he is ready for the big stage, has been sticking to a tough regime.

Scripps will start on May 26 and run through to the grand finale on May 31 in Washington, DC.

“I think the whole idea of being an ambassador for Jamaica pushes Darian. He is really looking forward to representing Jamaica.

“I admire that he is always researching, and that really makes the work much easier for me.”

“Preparations are going well. It is pretty intense and pretty demanding, but he is managing very well.

“The demand is more on him than preparing for nationals as the requirement is more, so he has a very large dictionary that he walks around with every day.

“I see him passing round one, round two, and round three with God’s help.”

“I believe that Darian is extremely focused. I think he is preparing well, and training is going good, so we are very hopeful. He is working extremely hard, and we are expecting great results from him.”