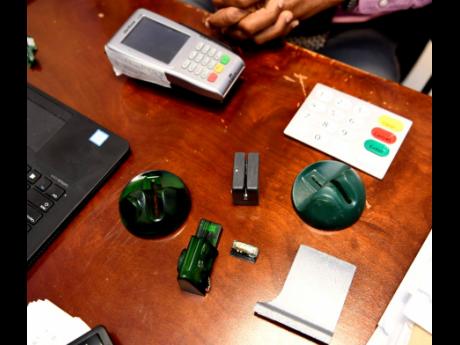 Director of Public Prosecutions Paula Llewellyn and members of her office have cited the ambivalence of bankers for the State’s failure to secure more convictions amid a wide-ranging fraud racket targeting financial institutions.

Commercial banks sometimes take up to two years to provide documents, even under coercion by court orders, and employees who may be required to give evidence to substantiate information refuse to give statements and attend judicial hearings, prosecutors noted in an emailed response to questions posed by The Sunday Gleaner.

Data from the Jamaica Constabulary Force Fraud Squad show that 3,400 reports involving fraud were made over the last six years, but only around 10 per cent of perpetrators have actually been convicted.

Matters involving deception and fraudulent misrepresentation with the intent to obtain benefit from dishonest conduct are tried in the Parish Court by the clerks of court.

“The general reticence of persons to assist the police is a perennial problem which persists in all criminal cases. Although the prosecution relies on a lot of documentary evidence, there is little that can be done without someone explaining how a system operates or what information is contained in a document. This species of offence is viewed as a white-collar crime with less-violent underpinnings; nonetheless, persons take the view that they will not attend court,” said the prosecutors, who have all served as clerks of court in the past.

There were 551 reports involving fraud to the police last year, with 121 arrests. Of the 115 convictions in the last six years, more than half – 62 – were secured last year. In 2016, there were 782 reports, 174 arrests and only one conviction, police data reveal.

The former clerks of court said most of the complainants do not see the case through to the end.

“The police receive a large amount of reports of fraud, but once the perpetrators become aware that these reports have been made, in order to avoid embarrassment, they may make restitution to the complainant. The complainant then abandons the complaint and refuses to give any further assistance in investigating the matter or even in attending court. The Crown is then forced to end the case,” they said.

The prosecutors said that the Fraud Squad needs more resources to adequately investigate cases involving fraud. A source told The Sunday Gleaner that fewer than a dozen investigators work out of the police Fraud Squad at Duke Street, which has oversight for fraud cases across most of the island.

“The lack of human resources devoted to this area has left that section of the police force under-resourced. We, as prosecutors, are aware that the police physically need more bodies to address the tremendous caseload, as well as an infusion of personnel with a variety of skill sets such as forensic accounting to adequately and effectively investigate these types of offences,” they said.

Approximately 95 per cent of cases involving fraud are tried in the Parish Court by the clerks of court. Although the clerks of court do not fall under the Office of the Director of Public Prosecutions’ (ODPP) administrative control, they can refer matters to the ODPP and the police for guidance.

- The Larceny Act of Jamaica, enacted in 1942, was modelled from the 1916 Larceny Act in the UK. It has undergone some amendments but has not been substantially overhauled to make it effective by modern standards. For example, it makes no specific provision for intangible property. It forces a gymnastic application of the provisions, to include, for example, the appropriation of data from one person to another.

- The Forgery Act, Jamaica, was enacted in 1942 with the last amendment made in 1985. Possession of a forged document is not an offence if the document is not one which is described in the act.

- With globalisation as the order of the day, a significant portion of financial crimes are perpetrated using the Internet and affecting and involving overseas entities. There has been significant difficulty in getting the cooperation of these entities or persons, and if that is done, there is the other hurdle of their availability to give evidence.

1. Legislative overhaul of the Larceny Act, the Forgery Act and the Evidence Act.

2. Build the capacity of the stakeholders in educating small business owners on basic bookkeeping skills.

3. Invest in the human resource of the police departments dealing with this area.

4. Continuous training of police personnel and prosecutors as to the different advances and changes in financial services and technology.

5. Giving continuous advice to the public as to security measures that they may employ to protect their property, including data from unscrupulous persons.