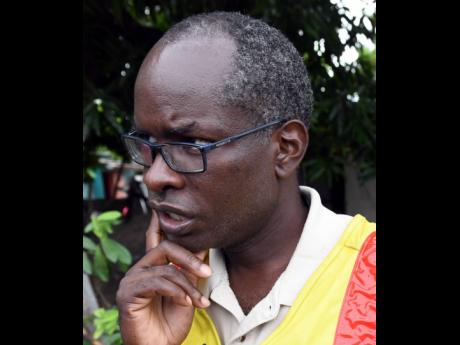 The two-day weekend is the most dangerous time to be travelling on Jamaican roads, with Saturday and Sunday accounting for more than a third of traffic fatalities in the first five months over a six-year span.

The revelation indicates that motorists let down their guard while indulging in leisure, travelling later than usual and accelerating at dangerously high speeds with less traffic to slow them down.

Analysis of crash statistics provided by the Road Safety Unit in the Ministry of Transport and Mining show that 304 of the 875 fatalities have occurred on Saturday and Sunday, representing a 35 per cent ratio, up to May 24 for every year since 2014.

Thursday is generally the safest day to travel.

Jamaica’s traffic fatalities for 2019 have been hurtling at a frightening pace, outstripping last year’s deaths by 23 per cent and threatening to top 400, at current trajectory, which would mark the highest mortality rate in more than a decade and a half. Road traffic authorities have targeted traffic deaths of fewer than 300 for several years, but have achieved that goal once – in 2012 – since 2003.

Since 2014, the month of March has accounted for the most fatalities, with Westmoreland notching the most traffic deaths over the last five years.

“Based on my intelligence and based on my travels across the country, you will find that you get a little reprieve to execute bad behaviour during that period because there is not a lot of traffic ... . People use the opportunity to execute manoeuvres that are not in favour of the tyres that they have on the vehicles ... then they get themselves into serious problems,” said Hare.

Hare pins the blame for most fatal crashes on party-obsessed drivers who indulge in alcohol and others who take celebrations too far.

“I don’t trust our people during holiday periods, because their behaviour on the road has caused me not to trust them. Drivers in this country have made me develop a profound distrust for them,” said Hare, citing the propensity for drinking and reckless behaviour.

However, there is no statistical evidence to show that a significant number of road crashes are attributable to drunk driving.

Dr Parris Lyew-Ayee, director of the Mona GeoInformatics Institute at The University of the West Indies, agrees with Hare that weekends are a death trap to reckless motorists and their unintended victims.

Lyew-Ayee said most of the weekend crashes happen between midnight and 5 a.m.

“You may have situations of people just generally being more reckless, less careful, less purposeful in their behaviour on those days. I don’t want to speculate more than that, but we are seeing a pattern of increase in fatal crashes on those days as opposed to Thursday, for example,” said Lyew-Ayee.

Head of psychiatry at The University Hospital of the West Indies, Professor Wendel Abel, said that there are several behavioural factors at play that contribute to dangerous driving habits. “It’s not rocket science,” said Abel.

“The time might suggest fatigue, it may suggest hunger, people not concentrating and maybe an accumulation of drugs in the system, like cannabis and alcohol. Drivers drinking alcohol throughout the day ... . My concerns relate to judgement and coordination of the driver, and it’s probably reflected in the time,” he told The Sunday Gleaner.

“Alcohol and cannabis use is the major issue. Persons are returning from parties and it’s the weekend, so it’s poor judgement and poor coordination, and we do know worldwide that drug use increases over a weekend, so the message must surround drunk and drug driving,” he told The Sunday Gleaner, while encouraging driver responsibility.