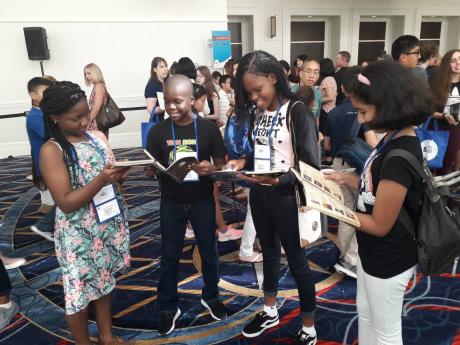 Four Jamaicans will be put to the test today as the Scripps National Spelling Bee gets under way with the preliminary tests in Washington, D.C., United States.

The Gleaner’s Children’s Own Spelling Bee champion, Darian Douglas, and fellow finalists Titchfield High’s Rhonoya Anderson, Immaculate’s Ashleigh Jarrett, and Honey Advani of Heinz Simonitsch School, are among the 565 spellers from around the world who will be competing.

The local spellers concede that the Scripps competition is a tougher prospect than The Gleaner’s Children’s Own Spelling Bee championship, saying preparations have been far more intense.

The competition is set to end on May 31.

The winner of the competition will receive US$50,000 cash and the Scripps National Spelling Bee engraved trophy.