He said it! - Famous quotes from Edward Seaga 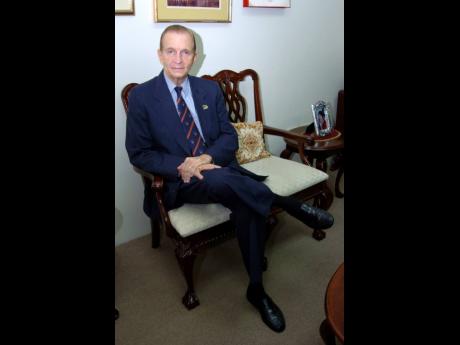 "It should not be that the prime minister is afraid to lose out in a referendum ... . It should be about giving the people the opportunity to choose its final court of appeal ... to allow them to choose the type of justice they want ... . This is a fundamental right.

"I will not allow anybody to take liberties with ... my love and dedication for my country."

"The door is open for you to retrieve your position. Take a candle, sing a sankey and find your way back home."

- Said on Sunday, June 10, 1990, when the ‘Gang of Five’ was ostracised from the Jamaica Labour Party

"Over the years, Jamaica has been a relentless opponent of the abhorrent policy of Apartheid and we subscribe totally to the view that humanity can never truly beat peace with itself until this scourge is removed from the face of the earth.

"I made the sacrifice of my own well-being and that of my family because of the mission which called me to enter political life to help those who could not lift their own burden, the smile of a gleeful child, the hug of an agonised mother and the tears of appreciation of the elderly poor have been my reward."

- Joint sitting of Houses of Parliament in October 2012

"We seem to be searching, but fruitlessly. After a run of all the different basic rhythms that we have developed, we have cooled off into dancehall. I am not going to say anything disparaging about that except that I don't like it. I am a man that when I think music, I think melody. I think lyrics. I think rhythm, but I see them all together, packaged in one thing, and my basic concept is that if you can't whistle it, it is not music."

- Said in September 2018 in reference to dancehall