Tivoli weeps for Seaga, its godfather 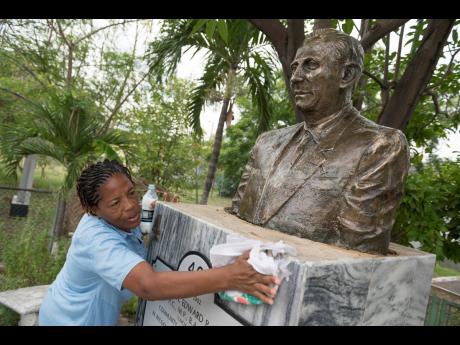 Gladstone Taylor
Tanya Gilson cleans the Edward Seaga monument located on Industrial Terrace on Tuesday, May 28, 2019, the 89th birthday and day of passing of the former prime minister. Gilson has cleaned the statue for the past 10 years, without pay, taking over from her uncle who initially took care of the monument. 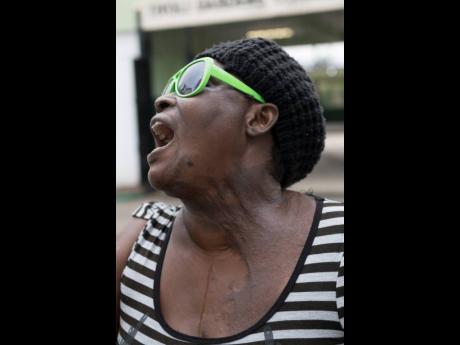 Gladstone Taylor
Marva Smith, a resident of Tivoli Gardens, wails shortly after hearing of the passing of Edward Seaga yesterday. 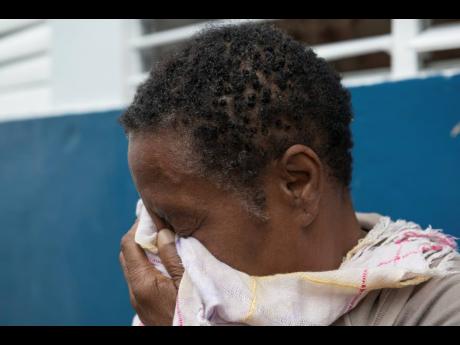 Gladstone Taylor
Pauline Reid wipes away tears as she recalls memories of the late Edward Seaga following the announcement of his death on his 89th birthday yesterday.
1
2
3

As news of the passing of the former prime minister and member of parliament Edward Seaga filtered through streets and corners of West Kingston, his legacy appeared secure not only in a stone monument at the entrance to the community but solidified in the hearts of his former constituents who described him as their ‘Papa’.

Residents of his political bastion, Tivoli Gardens, were busy hanging ‘Happy Birthday’ banners and readying a stage to celebrate his 89th birthday yesterday, but the mood changed when they heard that Seaga transitioned yesterday at approximately 1 p.m. Jamaica time. He was receiving treatment in the United States.

A Jamaica Labour Party (JLP) election worker who gave her name only as Annette told The Gleaner that she was saddened by the political giant’s passing.

“I am feeling sad; we knew that he was going, but it’s still emotional losing our leader. He was a loving and kind man, but what I remembered the most about him is the snorting of his nose while brushing back his hair because he was getting angry. He did that because something nuh please him,” said Annette, her voice trailing off in a cascade of emotion.

Seaga, who represented the West Kingston constituency for 43 years as MP, was known for his love of music, and ritually would be present at Kumina and revival sessions in Tivoli and in central Village, St Catherine.

Eighty-seven-year-old Daisy ‘Hazel’ Smith, who worked for Seaga as a domestic helper during the 1980s, said that she, too, was almost at a loss for words following news of his passing, said her best memory of the self-styled ‘One Don’ was on the occasion of a walk-through on Wellington Street and me run out and see this likkle white boy and we come out to meet him, and we all enjoyed walking with him.

Seaga had overhauled the slums of ‘Back-O-Wall’ into Tivoli Gardens with a major infrastructural transformation capitalised by state funds. The West Kingston community evolved into a cultural and sporting powerhouse, but its history carries the stain of gang violence that goes back as far as the 1960s.

“We come down here to bruk grung wid him and he built it up from the womb to the tomb, schools, everything he left give we. We nuh want nothing … the big centre where we can go learn. All Kumina me dance over deh,” she said.

“I never forget the day I saw Mr Seaga crying over Tivoli. He wept,” Smith recounted.

Another Tivoli resident, Leroy Smith, Daisy’s son, described Seaga as a political giant who gave his all to develop Jamaica and who had a special love affair with the people of Tivoli Gardens.

“Seaga meant a lot to youth like me. He was like a father. He gave me a whole lot of work. His memory is alive in all of us,” said Smith. “He was loved in life and will be missed in death.”

A survivor of four heart attacks, Pauline Reid struggled to compose herself while she sat crying at the entrance to her home in the heart of Tivoli Gardens. Digesting news of the former MP’s passing, Reid said she regarded Seaga’s rule as the best years Jamaica has ever seen.

“He was such a young man when he entered politics. He loved his people here ... he was a man of principle,” he said.