Seaga was an active shaper of Jamaica’s future, says Ahmad 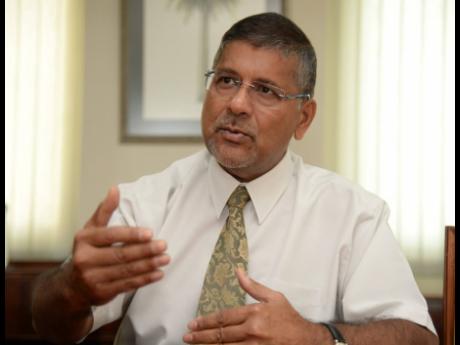 British High Commissioner Asif Ahmad remembers the late Edward Seaga as a man filled with energy and an active force in the shaping of Jamaica’s future.

Ahmad was paying his respects for the life and work of the 89-year-old former prime minister who passed away on Tuesday at a Miami, Florida, hospital in the United States.

“In my time in Jamaica, I witnessed the real and continuing legacy of the late former prime minister, Edward Seaga. In two successive Jamaica Labour Party conferences, I saw him on the platform as an active and energised politician still shaping the future of Jamaica,” Ahmad said.

The British high commissioner said he met with Seaga at diplomatic functions and private events in Jamaica and found that in his quiet and understated way, “he commanded attention by the profoundness of his views”.

Position jamaica for the global market

Ahmad said Seaga’s role in positioning Jamaica to participate in and take advantage of the global economy must be lauded.

“While successive governments of the two parties can rightly take credit for steering Jamaica away from deeply troubled waters towards prosperity, Seaga was one of the first to see the country’s future as being part of a global economic system that made the most of the private sector and focused the attention of Government as an enabler.

“Many younger politicians have told me of the role of mentor that Edward Seaga played. His ever-present wife, Carla, and his children will feel his loss most acutely. I do hope that the affection of people in Jamaica and the high esteem with which he is held by the international community will go some way towards easing their grief,” said Ahmad.

Seaga is the last surviving member of Jamaica’s pre-Independence politicians, having been appointed to the then Legislative Council in 1959.

He had served for 43 years as member of parliament for West Kingston and has been credited for the creation of some of the most impactful agencies in Jamaica.