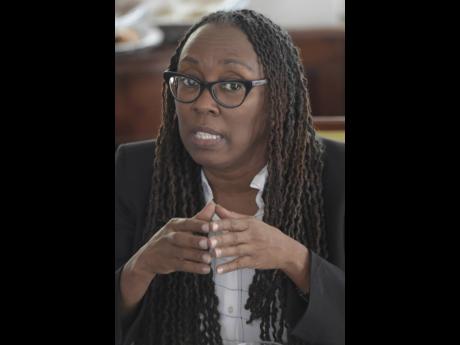 Anti-corruption campaigner Jeanette Calder has made a strident call for more vigilance and for Jamaicans to put up a fierce opposition to corruption, dubbing the scourge a major drag on the country’s economic development.

Calder, executive director of the Jamaica Accountability Meter Portal (JAMP), a civil-society watchdog, said there should be zero tolerance to corruption, which she says costs the country an alarming $95.6 billion annually.

She said the calculation is based on a five per cent of GDP loss faced by developing countries, though in some nations, the ratio is as high as 20 per cent.

Speaking at the 6th annual Joan Duncan Memorial Lecture on the theme ‘Reducing Corruption and Its impact on Jamaica’s Development’, held at the University of Technology in Papine, St Andrew, on Wednesday, Calder said that citizens’ access to critical information was crucial to curbing corruption.

She said, the country has several information portals available to help identify where public money is spent.

“Information is what’s going to turn this country around, I kid you not, because that’s what’s working in all the other countries where they are turning corruption around … . Absolutely, the environment is ripe,” said Calder.

In the meantime, the Jamaica Accountability Meter Portal boss revealed that a new platform is being developed by her advocacy group to help citizens and authorities track government breaches and corruption.

“[It is] not only going to be used by all the citizens here, but also members of Government like the Public Accounts Committee of Parliament, the auditor general, the Cabinet office, because there is no tracking system in Government that tells us how we are doing with remedying these breaches these watchdog agencies so faithfully report on,” said Calder, who disclosed that her organisation is currently tracking 47 such breaches with the aim of uncovering more.