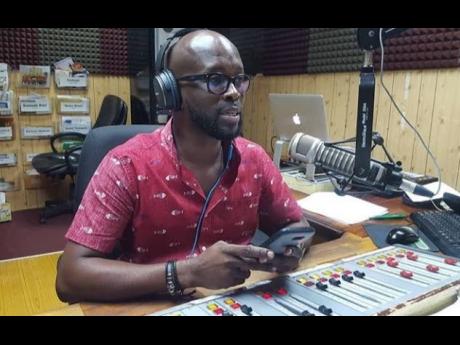 Radio personality Markland ‘Action’ Edwards has resigned from the RJRGLEANER Communications Group, where he co-hosted the afternoon show ‘Too Live Crew’ with Wesley ‘Burgerman’ Burger and hosted ‘D’Spot’ on Saturdays on RJR 94 FM.

Edwards, who was recently ordained as an evangelist at the Power of Faith Ministries, said he is desirous of a new beginning and wants to follow his heart and spiritual conviction and enhance the Kingdom of God.

“It’s a big achievement in my spiritual journey and a major change in my life. I will be moving on from the ‘Too Live Crew’ to pursue my ministry in a new way,” Edwards said.

Yesterday was his last day on RJR, where he has worked since 2011 when he started hosting the ‘Too Live Crew’ in November 2014.

Announcing his departure on his afternoon show yesterday, Edwards expressed his appreciation to RJR for the experiences he gained during his tenure and took the opportunity to publicly thank his co-workers.

“The past eight years have been very rewarding, and it has been an absolute pleasure working with the entire RJR family. I want to publicly thank them for the opportunities for growth that they have provided me,” Edwards said.