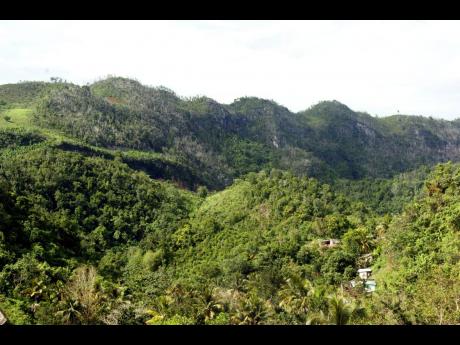 File
The forests of the Cockpit Country in Jamaica’s interior are a world-famous karst (limestone) habitat, home to many plants and animals found nowhere else in the world. The spectre of bauxite mining here has raised the ire of residents and environmental groups. 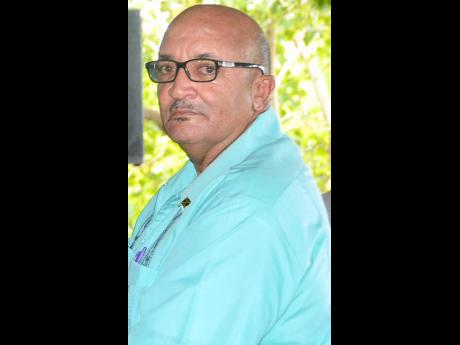 Residents in southern Trelawny are adamant that no bauxite mining should take place in the Cockpit Country and have vowed to beat back all threats to the island’s most biodiverse region and the main source of potable water for several western parishes.

They have found a strong ally in Kenneth Grant, the president of the Trelawny Lay Magistrates’ Association, who has slammed reports of possible mining in the protected area as madness.

“It is absolute madness to allow any form of mining. Mining will destroy the Cockpit Country as we know it,” said Grant. “I got information from Mr Courtney Taylor at the Rural Agricultural Development Authority that the area produces 70 per cent of the yams both for the Jamaican market and the export market. It is the livelihood for hundreds of farmers, so why on God’s earth are they prepared to destroy this?” he said in a Gleaner interview.

“Anybody who is prepared to allow for mining in the Cockpit Country should just take a look at the records in relation to the water supply, which comes from the area,” continued Grant. “Forty per cent of the water which is being used in the parishes of Trelawny, St Elizabeth, and St Ann is generated from the Cockpit Country.”

Grant, whose father, 95-year-old Kenneth Grant Sr, has contributed significantly to the economic life of southern Trelawny over several decades, said the matter is so serious that he is willing to risk losing his life in the battle to preserve the area.

“What madness and stupidity are these people coming to farmers about providing greenhouses?” said Grant. “Where in these houses are you going to plant yams? Mining will not take place in the Cockpit Country, and even if it means losing my life, then so be it.”

The justice of the peace said he is convinced that Prime Minister Andrew Holness is not fully up to speed about the importance of preserving the Cockpit Country, and he is looking forward to a scheduled meeting with him.

“The prime minister does not know much about the Cockpit Country, and he is being badly advised,” said Grant. “A group of us, including myself, Hugh Dixon of Southern Trelawny Environmental Agency, and Member of Parliament Marisa Dalrymple-Philibert will be leading a delegation to Jamaica House, where we intend to properly advise the prime minister,” Grant said.

Dixon, who has been a long-standing environmental advocate, believes bauxite mining will destroy the endemic beauty of the Cockpit Country and its overall value.

“We have been promised by Tourism Minister Edmund Bartlett that the area would be among his projects to establish ecotourism. It has been all talk over the years. The bauxite deposit they say will exist for 30 years. What is going to happen after these 30 years? Is it going to mean the end of the world?” he asked

Earlier this week, the Jamaica Environment Trust raised fresh concerns over mining in the Cockpit Country, saying that Noranda Bauxite Company was expanding its mining operations is some areas left out of the revised Cockpit Country protected area boundary. It also said that there were reports from Cockpit Country communities in south Trelawny, including Alps, Sawyers, and Ulster Spring, where Noranda is said to be seeking a new bauxite-mining lease.

In a brief response to the concerns, Lance Neita, the public relations consultant of Noranda Bauxite Company, told The Gleaner: “Noranda is neither trespassing, mining, nor has any plans for mining in the Cockpit Country.”